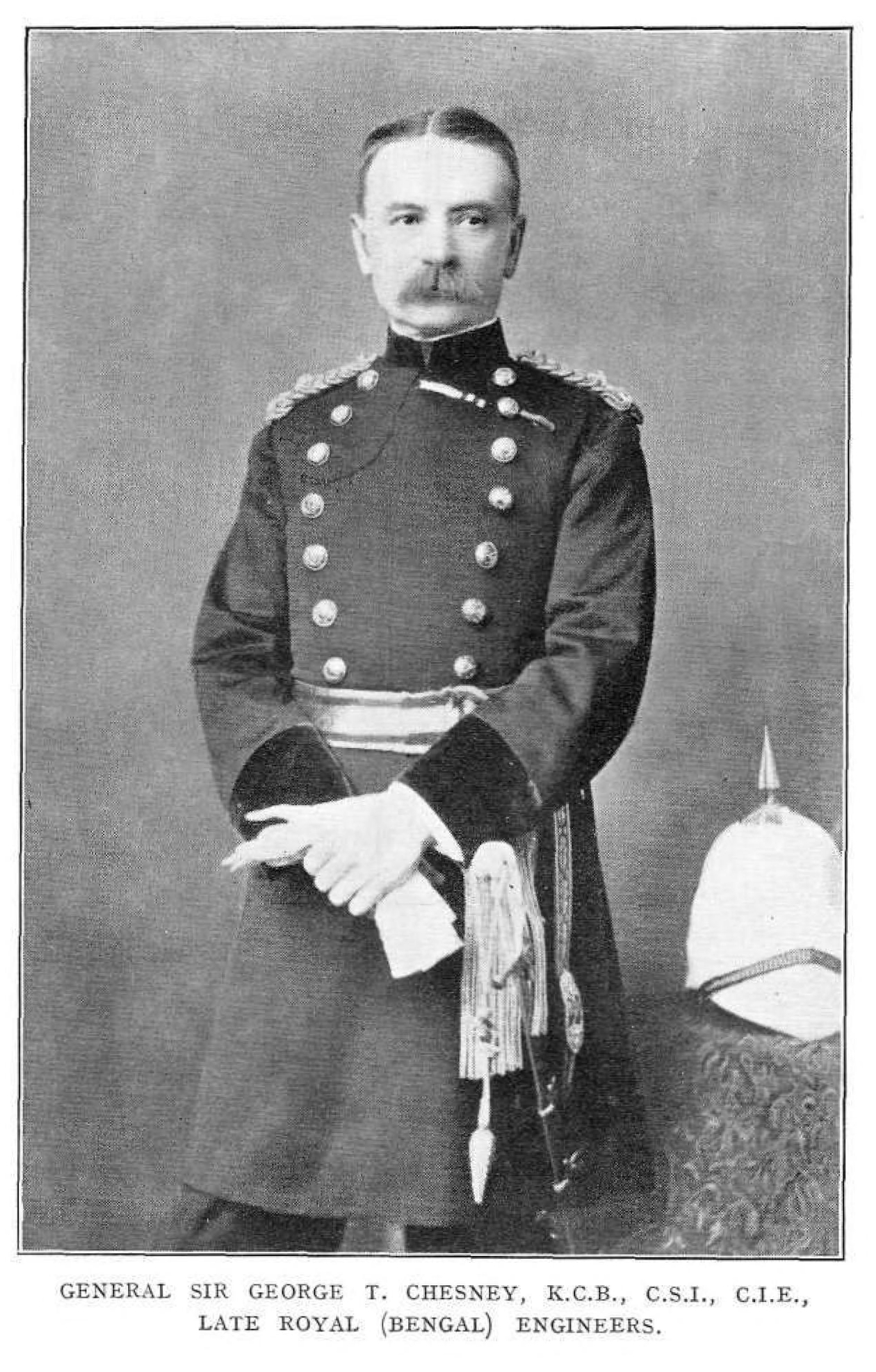 The man who started it all with The Battle of Dorking

Educated at Blundell’s School, Tiverton, and at Addiscombe Military Seminary, he entered the Bengal Engineers as second lieutenant in 1848. He was employed for some years in the public works department and, on the outbreak of the Indian rebellion of 1857, joined the Ambala column, was field engineer at the battle of Badli-ki-Serai, brigade-major of engineers throughout the siege of Delhi, and was severely wounded in the assault (he received a medal and clasp and a brevet majority).

In 1860, he was appointed head of a new department in connection with the public works accounts. His work on Indian Polity (1868), dealing with the administration of the several departments of the Indian government, attracted wide attention and remains a permanent text-book. The originator of the Royal Indian Civil Engineering College at Coopers Hill, Englefield Green, Egham, he was also its first president (1871–1880).

In 1871, he (initially) anonymously contributed to Blackwoods Magazine a highly influential short story called The Battle of Dorking, a vivid account of a supposed invasion of England by the Germans after their victory over France. This was republished in many editions and translations and is considered a founding piece of the invasion literature genre. He was promoted to Lieutenant Colonel in 1869, Colonel in 1877, Major General in 1886, Lieutenant General in 1887, colonel-commandant of Royal Engineers in 1890, and general in 1892. From 1881 to the government of India, and was made a Companion of Order of the Star of India (C.S.I.) and a Companion of the Order of the Indian Empire (C.I.E.)

From 1886 to 1892, as military member of the governor-generals council, he carried out many much-needed military reforms. He was made a Companion of the Order of the Bath (C.B.) at the jubilee of 1887, and a Knight Commander of the Order of the Bath (K.C.B.) in the New Year’s Honours list 1 January 1890. On leaving India in 1892, he was elected to the Parliament of the United Kingdom as a Conservative Party candidate, as member for Oxford. He was chairman of the Committee of Service Members of the House of Commons until his death. [Wikipedia]