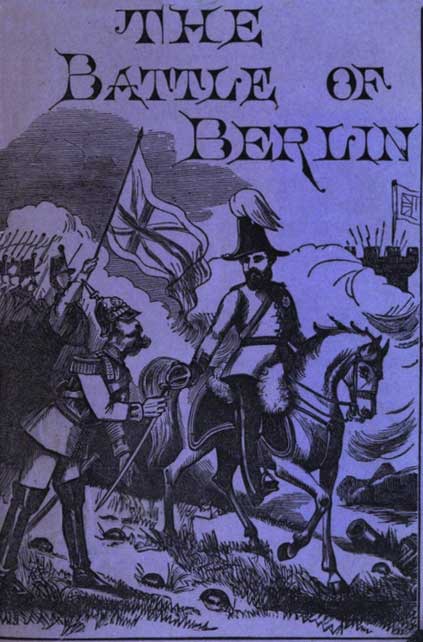 An account of an imaginary war; Germany decides to take possession of Heligoland, and is defeated in the resulting war with Great Britain.

Combats the pessimistic Battle of Dorking scenario through its focus on an 1875 Germany about to turn republican. An Invasion on the part of British and other forces, and the defeat of Russian imperialists, indeed generates a republic, and the eventual confederation of all Europe [SFE]