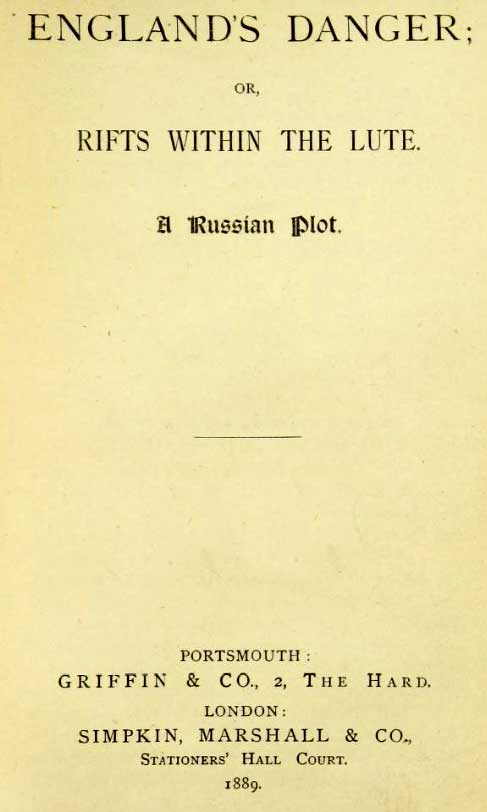 Anonymous (1889) England’s Danger; or, Rifts Within the Lute. A Russian Plot

THE MAGAZINES AT PORTSMOUTH.

PRECISELY at a quarter past eight, in the evening of the following day, a single rocket was observed to shoot up from the vicinity of the Nelson monument, upon the Portsdown Hill, near Portsmouth. A moment afterwards a boat darted out from the shelter of Horsea Island, under which it had been lying, and shaped its course for the end of a small pier, upon the north side of Tipnor magazine. The oars were muffled at the row-locks, but, as the boat approached the pier head, the plash of oar-blades in the water attracted the attention of the sentry pacing the wharf, who immediately challenged its occupants. It was a dark cloudy night, and a stiff breeze was blowing from the south-west, the boat being invisible in the gloom. The magazine was situated at the extremity of a small promontory, stretching out into the harbour. It contained nearly one thousand tons of powder, and was protected by a strong resident guard, and sentries on both sides, who were visited periodically; a tell-tale clock being struck upon each occasion, which indicated the exact time at which the visit had been made. At the moment of which we are speaking the visiting rounds had just left the spot.