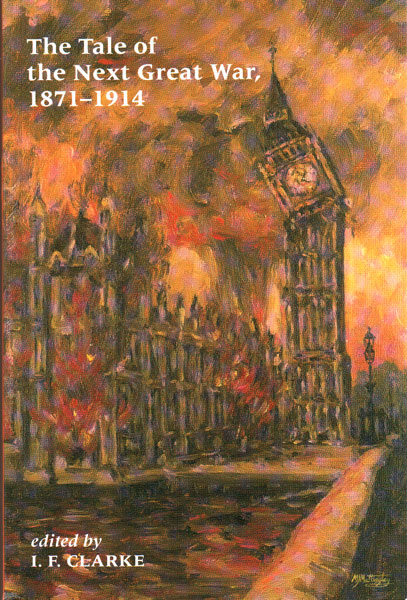 The Tale of the Next Great War, 1871-1914 : Fictions of Future Warfare and of Battles Still-to-Come, Liverpool Science Fiction Texts and Studies, Liverpool: Liverpool University Press, 1995.

This selection of short stories offers a return journey through the future as it used to be. Time speeds backwards to the 1870s – to the alpha point of modern futuristic fiction – the opening years of that enchanted period before the First World War when Jules Verne, H. G. Wells and many able writers delighted readers from Sydney to Seattle with their most original revelations of things-to-come.

The imaginary wars in this collection of sixteen stories are powerful reminiscences of dominant expectations as these were perceived and projected during a fateful period of European history. They are venerable echoes from the last age of innocence, before the military technologies of the First World War demonstrated in the most brutal ways that the unexpected can make nonsense of assumptions about the future. (Extract from Publisher’s Description)