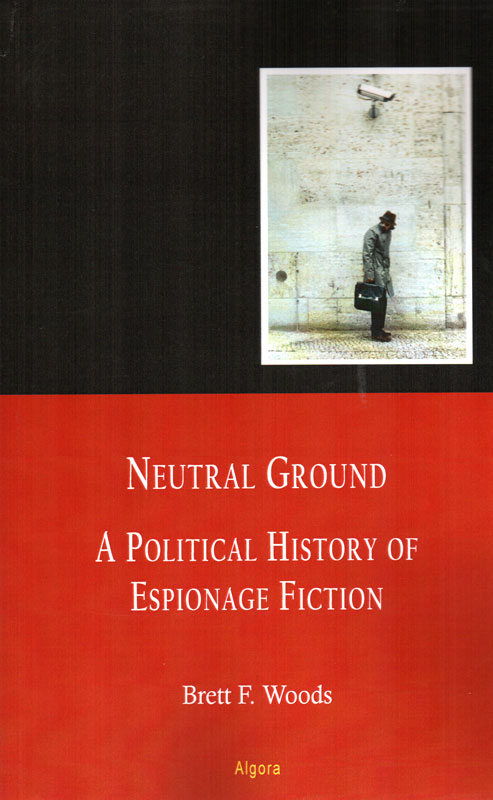 Espionage fiction is one of the most popular forms of entertainment in the literate world and, since its widespread acceptance in the early twentieth century, it has sought to pursue the secret politics of Western social order. Drawn from reality, exposing what is generally concealed, it provides a unique glimpse into the darker, more conspiratorial affairs of state through the use of fictional covert actions, double agents, treason, and international intrigues. It is a carefully crafted, clandestine venue wherein the situations are circumscribed, the moods are forever gray, and the heroes – if indeed there are heroes – generally emerge as ordinary individuals who believe that virtues such as truth and loyalty are simply matters of convenience. People who are, in fact, not that much different from those whom they oppose.

The concept of “neutral ground” – the term adapted from Sir Walter Scott’s early nineteenth century Waverly novels – originally spoke to the geographic region between two warring armies, a place controlled by neither but marked by fluid jurisdictions drawn by the ebb and flow of strategic influences or battle lines. But with the passage of time, and the refinement of espionage fiction, the definition of neutral ground witnessed a transition, emerging as both metaphor and cautionary note for the thematic conflicts and doubts that flourish in the absence of clear political authority. An intellectual nether region – reminiscent perhaps of Cold War Berlin – that affords conflicting parties unrestricted rights of passage and where political ideology and literary fiction can and do seamlessly intersect.

Yet, in the grander historical sense, the evolution of espionage fiction also reflects the history of a culture for, as the genre evolved, so too did Western society. To explore these historical relationships Neutral Ground: A Political History of Espionage Fiction takes the reader behind the fiction and explores the real-world political, military, and diplomatic events that have consistently and significantly threaded their way through the fabric of the genre. Against this historical timeline, it examines how numerous authors including Rudyard Kipling, Somerset Maugham, Graham Greene, and John le Carre have engaged reality in order to write the espionage novels that have become literary classics and, in selected cases, have also served to alter the course of government policy. (Publisher’s Description)