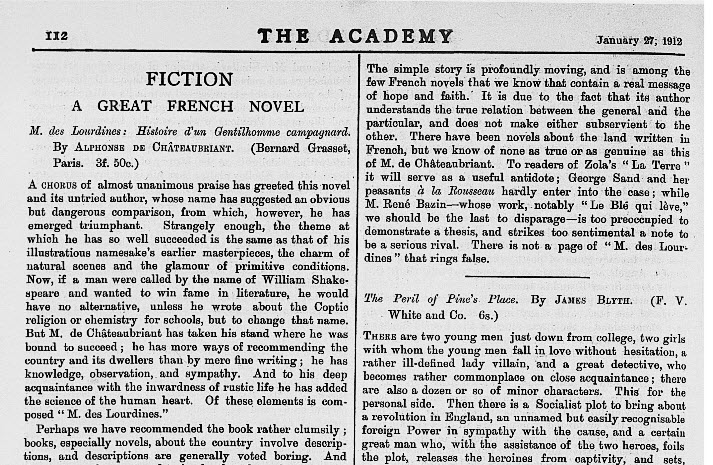 THERE are two young men just down from college, two girls with whom the young men fall in love without hesitation, a rather ill-defined lady villain, and a great detective, who becomes rather commonplace on close acquaintance; there arc also a dozen or so of minor characters. This for the personal side. Then there is a Socialist plot to bring about, a revolution in England, an unnamed but easily recognisable foreign Power in sympathy with the cause, and a certain great man who, with the assistance of the two heroes, foils the plot, releases the heroines from captivity, and gets, things right again all round. These well-worn materials for a thrilling melodrama are supplemented by a marvellous aeroplane which can hover anywhere for an indefinite period, by wireless telegraphy, and by other modern and ultra-modern scientific appliances. The result is good melodrama for two-thirds of the way ; but the final chapters fail to grip perhaps because its end is too apparent, and perhaps because the characters dwindle to marionette proportions, and are obviously “worked” by the author. There are some excellent bits of Eastern Counties dialect, including idiomatic phrases that only a close student of that district could give.