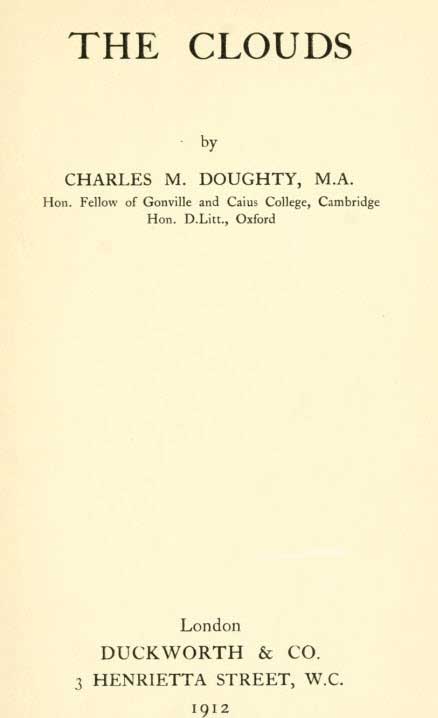 His book-length poems are all fantastic in nature, and two of them are of some sf interest as perhaps the most arcane Future War tales ever told: The Cliffs (1909) features an airborne “Persanian” invasion of England, which is successfully repelled; in The Clouds (1912) a similar invasion is successful, and England occupied. Both poems are designed as warnings to complacent Britons, though it is hard to think that more than a few hundred readers ever came to terms with Doughty’s deeply eccentric though formidable style. [SFE]