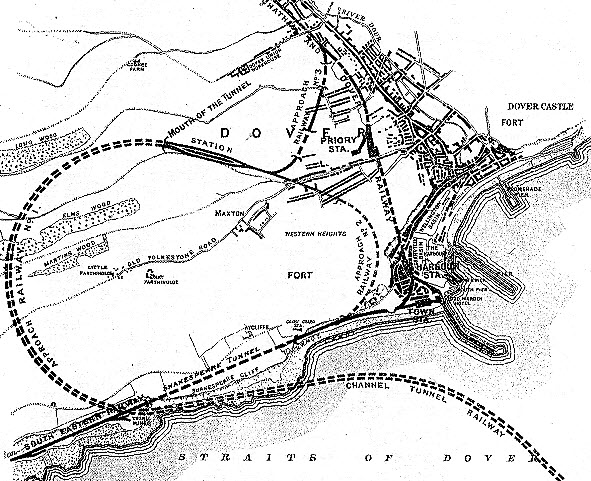 Set in 1920 a mistaken belief that the Germans are invading through the recently completed Channel Tunnel results in a mob blowing up the British end of the tunnel.

The story is described in Everett Franklin Bleiler & Richard Bleiler’s Science-fiction, the Early Years and in the Science Fiction Encyclopedia.