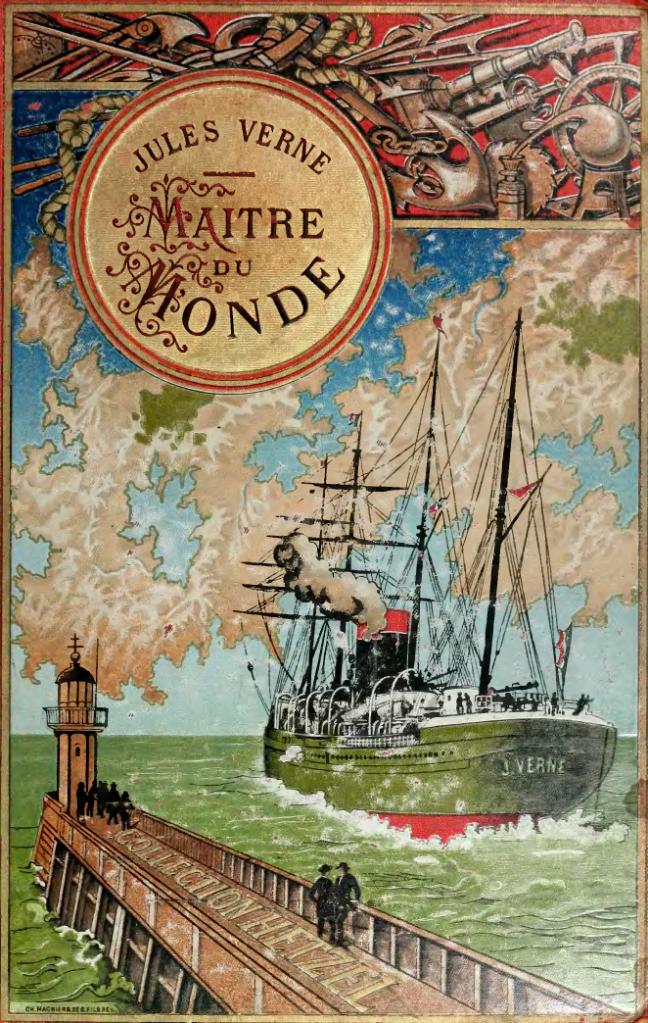 A series of unexplained happenings occur across the eastern United States, caused by objects moving with such great speed that they are nearly invisible. The first-person narrator John Strock, ‘Head inspector in the federal police department’ in Washington, DC, travels to the Blue Ridge Mountains of North Carolina to investigate and discovers that all the phenomena are being caused by Robur, a brilliant inventor who had previously appeared in Verne’s Robur the Conqueror.

Robur had perfected a new invention, which he has dubbed the Terror. This is a ten-meter long vehicle, that is alternately speedboat, submarine, automobile, or aircraft. It can travel at the (then) unheard of speed of 150 miles per hour on land and at over 200 mph when flying.

Strock attempts to capture the Terror but instead is captured himself. The strange craft eludes its pursuers and heads to the Caribbean where Robur deliberately heads into a thunderstorm. The Terror is struck by lightning and falls into the ocean. Strock is rescued from the vehicle’s wreckage, but Robur’s body is never found. The reader is left to judge whether he has actually died or not.