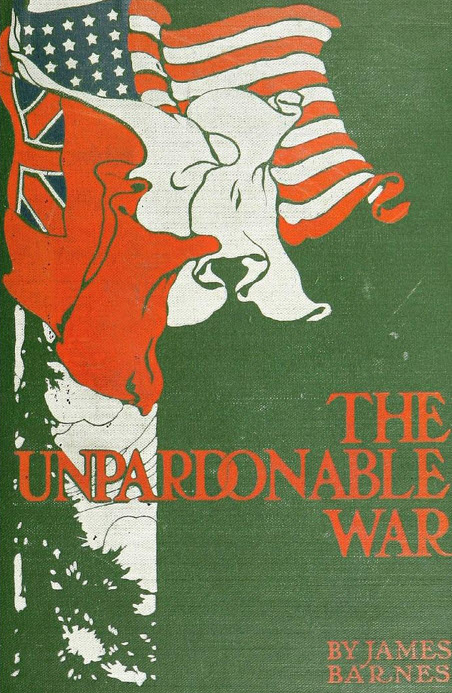 A war between England and America is the impossible idea of novel by an American Writer, James Barnes, which Messrs. Macmillan are about to publish. He calls it “The Unpardonable War.” which is just what such a conflict would be. Even in this story the thing not supposed to happen until The century is considerably older. It comes about in a delightfully simple way, for the editor of an American paper has nothing more to do than stir up popular feeling against us. Sea fights and new explosives crack through Mr. Barnes’ pages once he has the war fairly going. [New Zealand Herald, 21 January 1905]