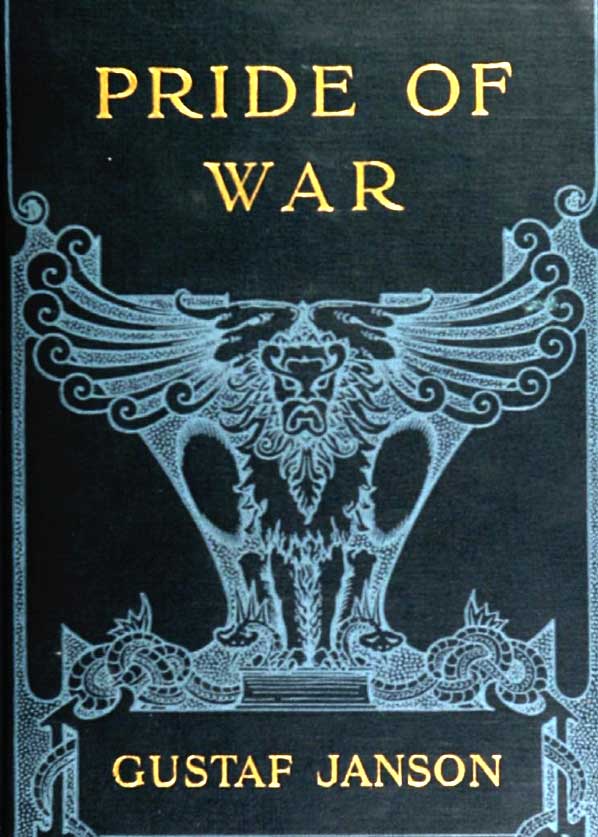 A story of the use of aircraft fighting against conventional troops. The backdrop is the Italian-Turkish war of 1911.

The general stepped back a pace. At a the sappers began to push the machine airman took his seat and started the motor experimentally. It was working perfectly. The great flying-machine wobbled about. The ground was not its element. With mighty, outspread wings, which demanded air and space under them, the machine moved heavily forward for a few yards. The airman, from his seat, at the officers. His comrades saluted their daring friend with their hands to their caps. The airman bowed slightly to the general, and then devoted his whole attention to the machine. The motor began to whirr. The flying-machine made a leap forward.The sun broke through a rift in the clouds. The aeroplane had left the ground and was rising swiftly in a slanting direction. The wings shone, the metal of the frame glittered. The machine rose higher and higher, glided into the sunshine and again into the shadow ; against the light background it looked like some great prehistoric insect.

Review of Pride of War:

This is not a book to be looked at and laid hastily aside, but to be read from cover to cover. The story (or rather glories, for there are four of them) deals with the Turko-Italian war in Tripoli, and is an unusually live, up-to-date bit of work. There is not a dull page in the book. The moral purpose of the author, to set forth the savagery, the stupidity, and the futility of war, is worked into the story in a vital artistic way that one reads without any sense of being preached to. The pathetic story of Lieutenant Nino and Signorina Carmela is enough to set the hearts of all young men and young women looking forward to the blessings of married life and a home, forever against war, which horribly maims men and then hurls them aside like so much useless lumber. The still sadder tale of Hamza and Hanifa perishing in their rude desert hut under the brutal blows and shots of the invading soldiers portrays in a fresh, graphic way the manner in which “horrid war” destroys homes and spares nothing of the sacred privacies of life. In chapters 4 and 5 the heart of the Italian campaign in the desert is depicted, the fighting among the sand hills and about the oases, the awful sufferings of the wounded men, the fury of battle, the spirit of revenge. In a remarkable chapter toward the close, under the title of ‘”Lies,” the author, through the personality of an Italian archeologist driven from his work by the war, and entering the army in order to study war at first hand, sets forth how the present ‘”hysterical craze for armaments which is sweeping like a simoon across the world” is due to lies – just a tissue of lies in which the nations indulge toward each other. The archeologist, Fontanara, dying from the effects of a wound, passes away repealing the word “Lies – – – Lies – – – Lies.”

The London Athenaeum declares that the work “sets its author at once among the greatest writers or Europe.”