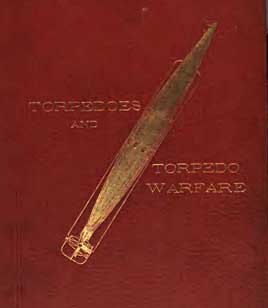 C. W. Sleeman (1880) Torpedoes and Torpedo Warfare: Containing a complete and concise account of the rise and progress of submarine warfare

In the following pages the Author has endeavoured to supply a want, viz. a comprehensive work on Torpedo Warfare, brought down to the latest date.

The information has been obtained while practically engaged in torpedo work at home and abroad, and from the study of the principal books which have already appeared on the subject, and to the authors of which he would now beg to express his acknowledgments, viz.: “Submarine Warfare,” by Lieut.-Commander Barnes, U.S.N.; “Notes on Torpedoes,” by Major Stotherd, R.E.; “Art of War in Europe,” by General Delafield, U.S.A.; “Life of Fulton,” by C. D. Colden; “Torpedo War,” by R. Fulton; “Armsmear,” by H. Barnard; “Treatise on Coast Defence,” by Colonel Von Scheliha; Professional Papers of the Royal Engineers; “The Engineering”; “The Engineer”; “Scientific American”; “Iron”; &c., &c.

The Author is also desirous of thanking the following gentlemen, to whom he is indebted for much of the valuable information contained herein:—