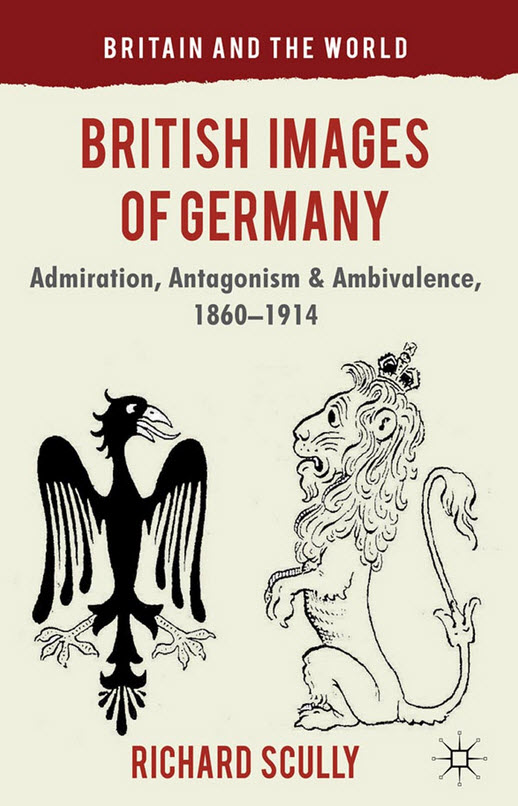 British Images of Germany: Admiration, Antagonism & Ambivalence, 1860-1914 is the first full-length cultural history of Britain’s relationship with Germany and the Germans in the key period before the First World War. Representing a recent about-face in scholarly appreciations of Anglo-German relations, Richard Scully reassesses the assumption that the relationship in the lead up to 1914 was increasingly fraught and reveals a more complex picture: that a longstanding sense of kinship felt by Britons for Germany and the Germans persisted right up to the outbreak of war, even surviving times of acute diplomatic tension. This innovative re-examination incorporates the reading of British images of Germany in maps, travel literature, fiction and political cartoons: forms which have never before been appreciated for the light they shed on this fascinating period of history. (Publisher’s description)

There is a long review on Reviews in History: http://www.history.ac.uk/reviews/review/1380

There is extensive discussion of the context within which the Invasion novels were published and received by the public. The Riddle of the Sands is discussed at length.