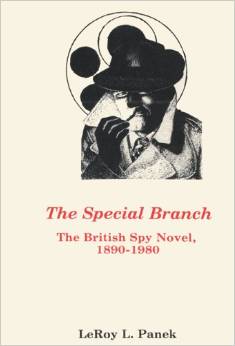 The author has chosen seventeen of the most important or representative British spy novelists to write about. He presents some basic literary analysis and criticism, trying both to place them in historical perspective and to describe and analyze the content and form of their fiction.

Unfortunately he seems to miss the point sometimes – e.g. describing The Riddle of the Sands as containing overlong and detailed descriptions of sailing that must be tedious even to keen sailors. He doesn’t seem to understand that one of the reasons The Riddle of the Sands has remained in print through many editions (unlike most other invasion literature) is precisely because of its detailed descriptions of the intricacies of sailing which make it the classic sailing adventure book for keen yachtsmen around the world.