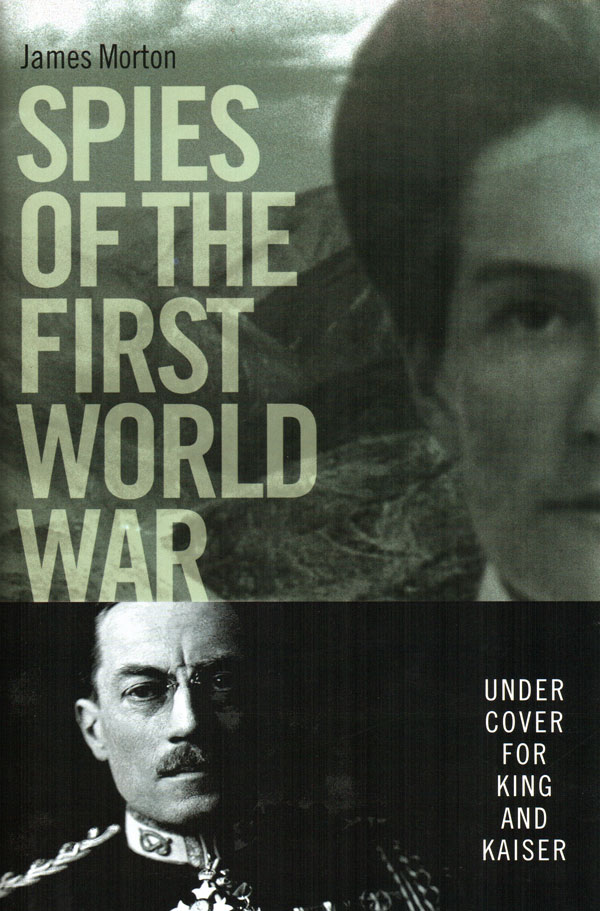 James Morton (2010) Spies of the First World War – Under Cover for King and Kaiser, Kew, The National Archives

When Colonel James Edmonds argued for a British secret service in 1907, officials mocked that he had ̀espionage on the brain’. But fracturing European relations and the resulting explosion in spy activity were to prove Edmonds’ prescience. By the time of the First World War undercover agents operated in cities from Geneva to Paris, New York to Moscow, and German spies were being shot in the Tower of London. Spies of the First World War balances accessible history of a profession fashioned by conflict with human stories of heroism and cowardice, brilliance and incompetence, loyalty and betrayal.

This major collection of real-life stories begins with the British spy panic that prompted the creation of the fledgling M15 and M16 in one set of rooms, and tells how by the end of the First World War sophisticated networks like La Dame Blanche surveyed the Western Front. Ranging freely across Europe, America and the wider world, James Morton describes events that shaped history, from the bungling beginnings of Britain’s Intelligence Corps to the decryption of the Zimmermann telegram and the execution of Edith Cavell.

The book is peopled with agents, handlers, officials and spy catchers of all nationalities, driven by love, money, duty, patriotism and the struggle to survive. There are accidental spies like the elderly Lord Brassey, arrested for rowing too close to the Imperial dockyard; tragic gentlemen amateurs like Carl Lody; and professionals like the pugnacious Richard Tinsley, who ran 300 agents from Rotterdam. There are ̀ordinary’ people like the Belgian train-watchers who used beans to count guns and soldiers, as well as notorious figures such as Mata Hari and the Fraulein Doktor.

Researched internationally, this remarkable narrative draws on a wealth of published and unpublished sources including documents from the UK’s National Archives [Publisher’s Description]