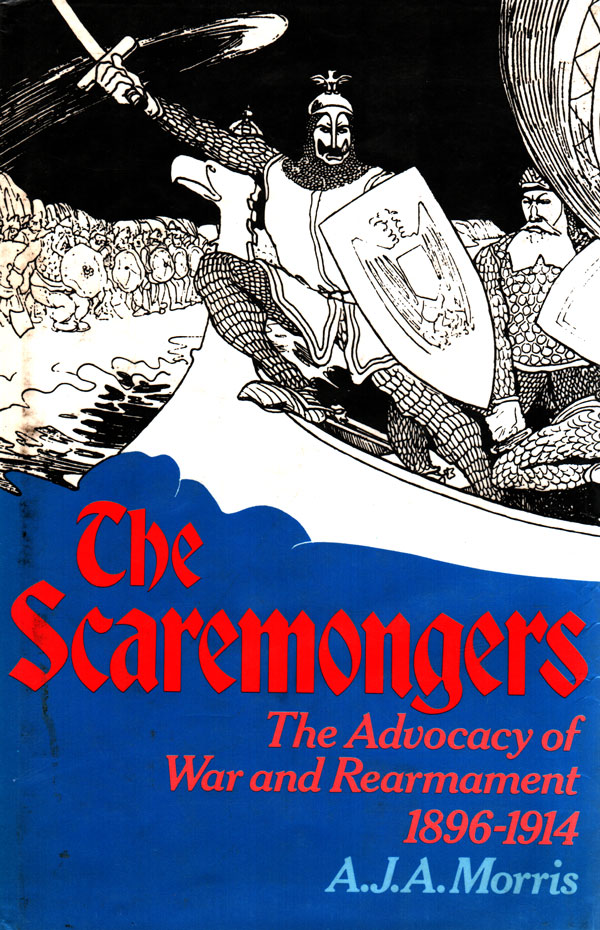 While there is some mention of invasion-scare literature, the main thrust of the book’s argument is that it was the newspapers, and their proprietors and writers, who were responsible for creating an anti-German and pro-war climate. This book covers much of the ground discussed 70 years previously by Francis Wrigley Hirst in his 1913 book: The six panics and other essays (1913), London, Methuen & Co Ltd.

This revealing book illustrates how the passion for war was fostered and promoted. The author provides detailed evidence of how and why an image of Germany as a nation determined upon world hegemony was deliberately promoted by a group of British newspaper editors, proprietors and journalists. This book examines the role of these ‘scaremongers’. Were they as influential as their critics claimed? Did they influence the minds of their readers and shape events? Were they guilty of creating a climate of opinion that ensured that their prophecies of inevitable AngloGerman war became fact in 1914? [Publisher’s Description]

Part 2: Alarums and Excursions: the Admirals and the Generals 7. Dies irae, dies illa

Part 3: For National Security and Party Advantage: The Politicians

Part 4: ‘And he gathered them in a place called …Armageddon’