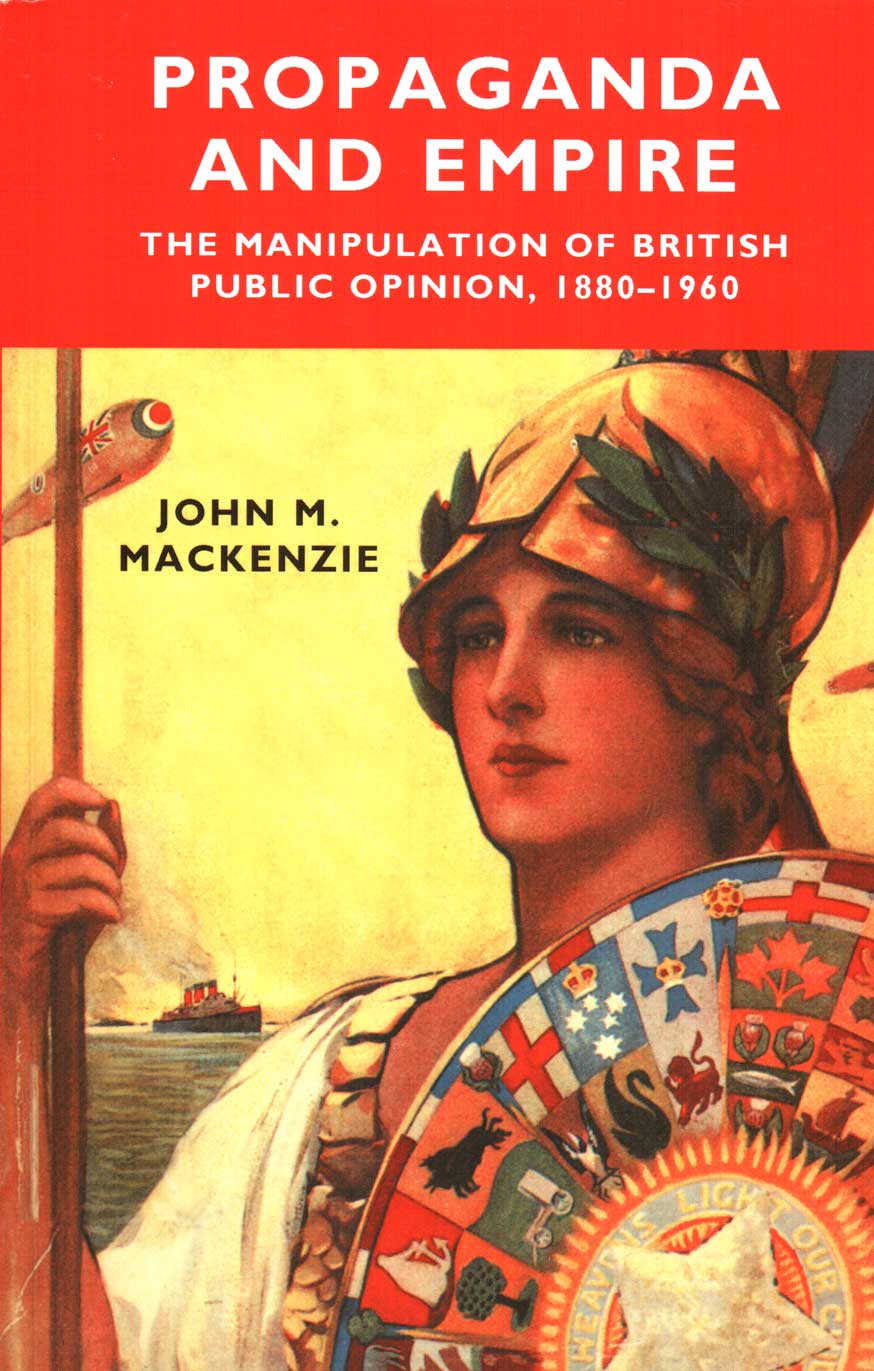 Like Imperialism and Popular Culture, this work by MacKenzie covers a wider gamut of public opinion than just invasion literature but it does provide a backdrop against which the reaction to invasion scare stories can be assessed. In particular it includes a chapter on the propaganda aspects of juvenile literature.

It has been said that the British Empire, on which the sun never set, meant little to the man in the street. Apart from the jingoist eruptions at the death of Gordon or the relief of Mafeking he remained stonily indifferent to the imperial destiny that beckoned his rulers so alluringly. Strange, then, that for three-quarters of a century it was scarcely possible to buy a bar of soap or a tin of biscuits without being reminded of the idea of Empire. Packaging, postcards, music hall, cinema, boys’ stories and school books, exhibitions and parades, all conveyed the message that Empire was an adventure and an ennobling responsibility. Army and navy were a sure shield for the mother country and the subject peoples alike. Boys’ brigades and Scouts stiffened the backbone of youth who flocked to join.

In this illuminating study John M. MacKenzie explores the manifestations of the imperial idea, from the trappings of royalty through writers like G. A. Henty to the humble cigarette card. He shows that it was so powerful and pervasive that it outlived the passing of Empire itself and, as events such as the Falklands ‘adventure’ showed, the embers continue to smoulder.  [Publisher’s description]