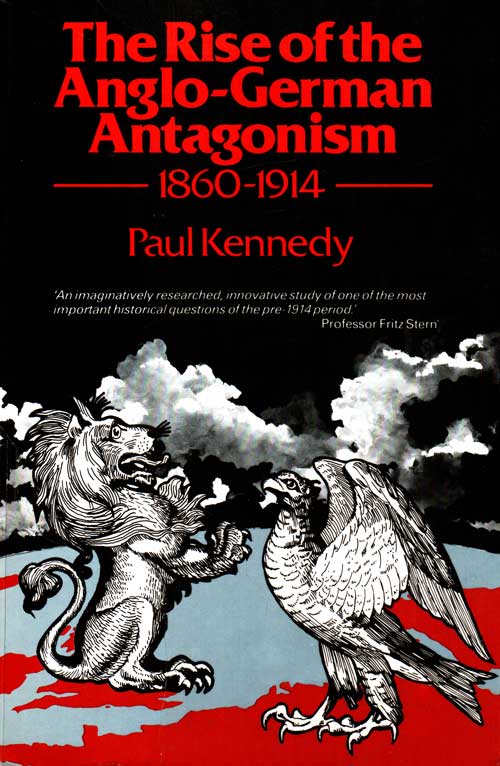 The growing rivalry between Great Britain and Germany before the First World War has long been regarded by historians as one of the major events of that era. For the first time the masses of archival material and private papers available in both Britain and Germany have been used to produce a full-scale, up-to-date analysis. The result reaches far beyond a narrative of diplomatic relations between the two countries. It concerns itself with a thorough comparison of the two societies, their political cultures, economies, party politics, courts, the role of the press and pressure groups, and so on. It investigates the entire political structure within which diplomacy was conducted, and seeks to establish the connection between long term background changes in the two countries and their rising antagonism. The work therefore contributes to the larger debate on the nature of foreign policy, as well as to that on the more specific controversies over Bismarck’s imperialism, the Anglo-German naval race, trade rivalries, the role of the radical right and the origins of the First World War.

Dr Kennedy has researched for over ten years in more than sixty archives to produce this study of Anglo-German relations. He has written and lectured on many aspects of the topic, but The Rise of the Anglo-German Antagonism provides a full overview of a development which has fascinated both contemporaries and later observers.

Dr Paul Kennedy is well known as an expert in the relations of the great powers prior to 1914 and in strategic and international history. He was research assistant to Sir Basil Liddell Hart 1966-8, Theodor Heuss Research Fellow (Oxford and Bonn) 1968-9, Fellow of the Alexander von Humboldt Foundation in 1972, and Visiting Fellow at the Institute for Advanced Study, Princeton, 1978-9. He is Reader in History at the University of East Anglia.    [Publisher’s Description]