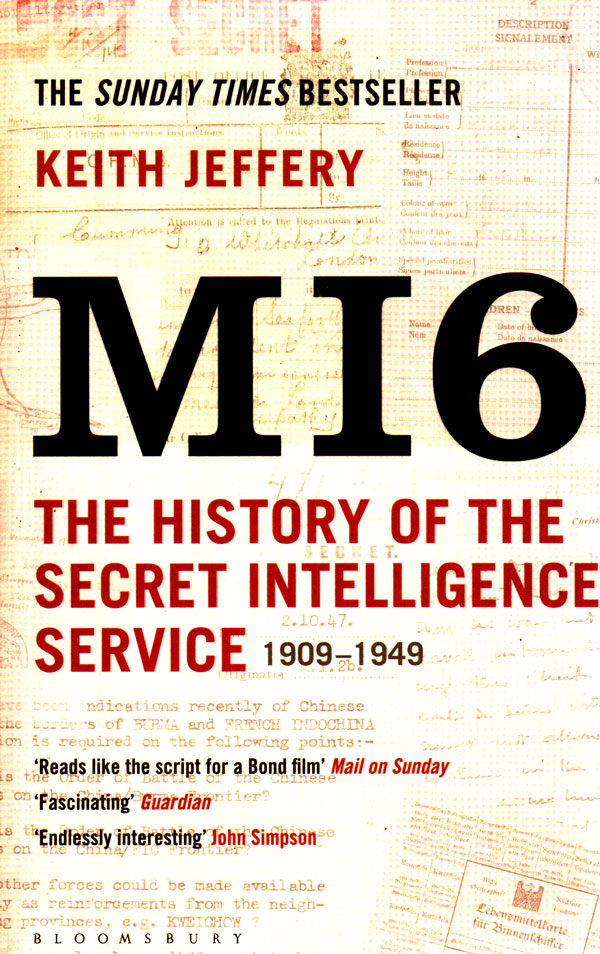 This book, together with Smith’s The Spying Game, describe the historical background to Britain’s secret intelligence services and briefly describe the influence of the novels of William Le Queux and of public opinion resulting from the ‘spy fever’ that gripped Britain at the time.

The most detailed and authoritative history of the first forty years of the Secret Intelligence Service, MI6, has been published by the London publishers, Bloomsbury and in the USA by Penguin. Sir John Scarlett, the then Chief of SIS, set the project in motion. This unique publication, written by Professor Keith Jeffery of Queen’s University, Belfast, is based on his unrestricted access to SIS archives of the period. The result is an 800-page story of the world’s oldest continuously operating foreign intelligence service from its birth in 1909 to the beginning of the Cold War. Throughout the pages of this history, the values of courage and dedication held by the men and women who served SIS are graphically displayed. The history also underscores another constant theme, that of the Service’s accountability to Government for its actions in both peace and war. [MI6 – https://www.sis.gov.uk/our-history/official-history.html ]