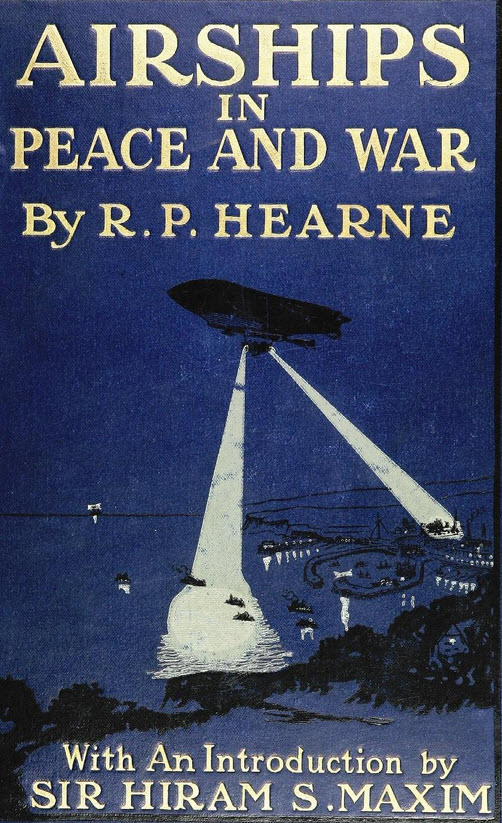 In 1908, the motoring journalist R. P. Hearne published Aerial Warfare, the first book on the subject to reach an audience beyond military strategists. Enormous advances in aviation resulted in the publication of this substantially revised edition in 1910. At a time of intense European military rivalry, the book highlighted differences in the way countries were adopting new aerial technology. Hearne makes the assumption that conflict with Germany at some point is inevitable, and identifies the airship as ‘practically an invisible enemy’. At this point Germany had ten airships compared to Britain’s one, and while the British regarded them as useful only for reconnaissance, the Germans had identified potential offensive uses. Reviews commended the book for its depth and numerous illustrations, but also suggested it was alarmist and antiGerman. However, it brought the subject to wider attention, and was a factor behind the government’s decision to invest properly in aviation research. [Cambridge University Press Description – Reprint Edn.]