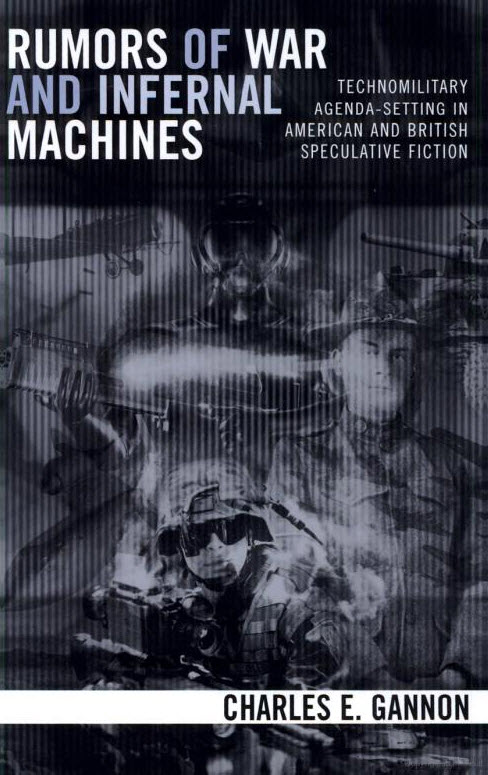 This provocative and unique work reveals the remarkably influential role of futuristic literature on contemporary political power in America. Tracing this phenomenon from its roots in Victorian Britain, Rumors of War and Infernal Machines offers a fascinating exploration of how fictional speculations on emergent or imaginary military technologies profoundly influence the political agendas and actions of modern superpower states. Gannon convincingly demonstrates that military fiction anticipated and even influenced the evolution of the tank, the development of the airplane, and also the bitter political battles within Britain’s War Office and the Admiralty. In the United States, future-fictions and Cold-War thrillers were an officially acknowledged factor in the Pentagon’s research and development agendas, and often gave rise–and shape–to the nation’s strategic development of technologies as diverse as automation, atomic weaponry, aerospace vehicles, and the Strategic Defense Initiative (‘Star Wars’). His book reveals a striking relationship between the increasing political influence of speculative military fiction and the parallel rise of superpower states and their technocentric ideologies. With its detailed political, historical, and literary analysis of U.S. and British fascination with hi-tech warfare, this lively and revealing study will appeal to students, literary and cultural scholars, military and history enthusiasts, and general readers. [Publisher’s Description]

What role, if any, does narrative imagination play in the anticipation and actualization of America’s political future? Rumors of War and Infernal Machines explores how narrative speculations on emergent or imaginary military technologies may exert profound ‘influence upon the political agendas and actions of modern superpower states. This relationship is analyzed primarily within the domain of post-World War Il American speculative fiction (e.g. science fiction, technothrillers, apocalypse narratives) and policy; however, to show that the phenomenon is not particular to one nation and one epoch, the book also conducts a detailed assessment of comparable Victorian and Edwardian British literature. Ultimately, these two investigatory thrusts reveal profound cultural similarities and a marked transatlantic continuum: close analysis of primary texts and supporting historical documents indicates that, along with global dominance, a discursive preoccupation with military innovation was transferred from Britain to the US in the decades following World War l. Rumors of War and Infernal Machines reveals a similar historical relationship between the increasing political influence of speculative military fiction and the parallel rise of superpower states and their technophilic ideologies. Throughout, new research and analyses are presented without recourse to jargon, inviting readers of varying backgrounds and interests to explore the intersections of future-looking fiction and contemporary political power.  [Cover blurb]