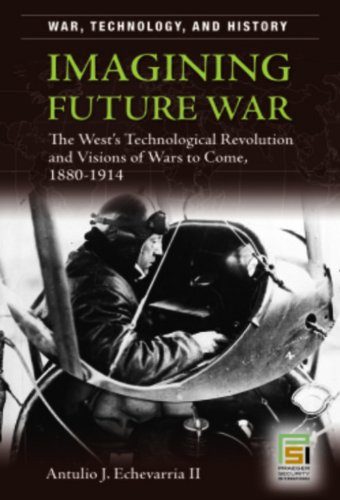 Rapid and momentous technological changes at the turn of the 20th century forced military professionals and educated civilians to envision the future of war and warfare, especially during an age where nations found themselves aggressively competing for dominance on the world stage. Antulio J. Echevarria II offers a comparative study of these predictions to assess who got it right and why. He concludes that professionals were particularly adept at predicting the warfare of the immediate future by framing their discussions in terms of solving tactical problems, but they were much less successful at thinking of the long-term. Unburdened by the necessity of strategic problem-solving, educated amateurs were allowed more flexibility to imagine the long-term future of warfare, and, at times, proved to be remarkably accurate. Echevarria organizes his study by comparing visions of future wars on land, at sea, undersea, and in air. In each instance professionals and amateurs had their own distinctive imaginings. Among the notable speculators included in this book are science fiction author H.G. Wells and military theorist Ivan Bloch. This approach to the study of warfare is one of those rare examples of a book that can appeal to and inform a wide cross-section of readers. [Publisher’s Description]