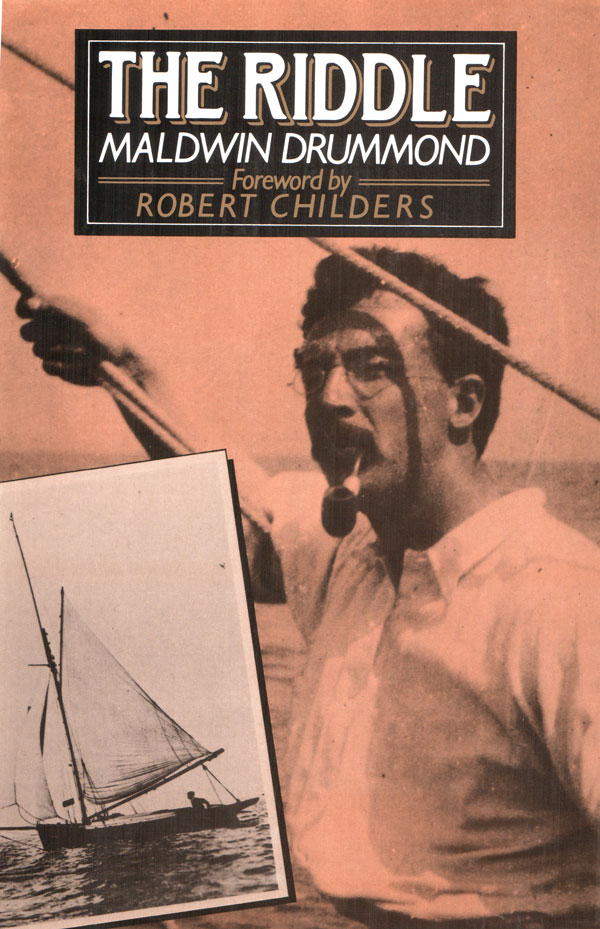 This is the definitive study of the background to the writing of The Riddle of the Sands.

It includes details of Childers own sailing experiences and also a detailed account of the reception afforded the book in official circles and Childers involvement in this.

Since 1904 The Riddle of the Sands by Erskine Childers has been the best known tale of yachting fiction in the English language. It has been continuously in print in numerous editions, has been the subject of a motion picture and has generated scores of articles and correspondence in papers and magazines.

Maldwin Drummond has long made a study of Childers and his book, having become fascinated with its two themes which make an unlikely pair: the problems and ways of the Victorian small boat sailor and the politics and defence issues prior to the First World War.

In The Riddle, Maldwin Drummond begins by looking at the wanderings of the yacht Dulcibella as her crew search for an answer to the strange happenings among the sands behind the German Frisian islands. The author highlights the urgent message from Childers that Germany was preparing to invade England and that the British were not aware of any such plan. In 1 90 1 , anyone searching for an enemy would have looked across the Channel to France rather than the North Sea to Germany.

The story then turns to Childers himself to see how this young Anglo-Irishman, a clerk in the House of Commons, developed into a writer with a powerful pen, how he gathered his own intelligence and then encouraged others, with his book, to do the This combination enabled Childers to point his finger at the Kaiser and send a clear, yet entertaining, message to a large and often influential readership.

This detective work by Drummond within the text of The Riddle of the Sands, from British and German archives and numerous other sources, yields some surprising results as Erskine Childers’ predictions became a real possibility with the onset of the war.  (Publisher’s Description)