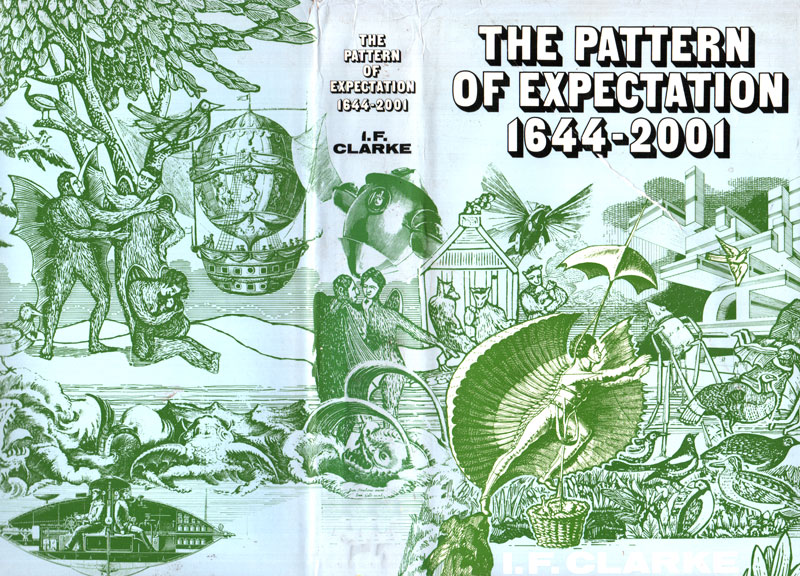 Discussion of the future is a working tool for some and a plaything of the imagination for others. In this remarkable book — the result of twenty-five years of research — Professor Clark traces the evolving pattern of prediction. He shows how the factors making for change in a society — political, social, technological, philosophical – decide the pattern of expectation from generation to generation.

Professor Clarke discusses the many factors that have worked together to make the story of the future a dominant form of fiction — written for every kind of purpose, from the prophetic visions of H. G. Wells and the admonitory projections of Huxley and Orwell to the delightful entertainments of the science fiction writers. Stories of the future provided a way of imagining, describing and playing with the new-found potential of the applied sciences.

From the early 1800s onwards this form of fiction developed rapidly – future wars, ideal states of the future, scientific romances of the future. The first peak came about 1870 with the early romances of Jules Verne and the Battle of Dorking by Sir George Tomkyns Chesney, which alarmed the British and astonished the Continent with a vivid account of a German invasion of the United Kingdom. Thereafter came the first attempts at social and technological forecasting.

the theory of evolution, the idea of progress and the facts of imperial growth and technological development. A change was to come with the discovery of lethal military technologies in the First World War; and since then the discussion of the future has grown more acerbic in such projections as Brave New World and Nineteen Eighty-Four, more practical in the calculations of the futurologists and more popular in the explosion of science fiction stories in the last twenty years.

In this facinating survey the reader will be able to trace the pattern of expectation over the past three centuries and gauge the course of prediction in the future.   (Publisher’s Description)