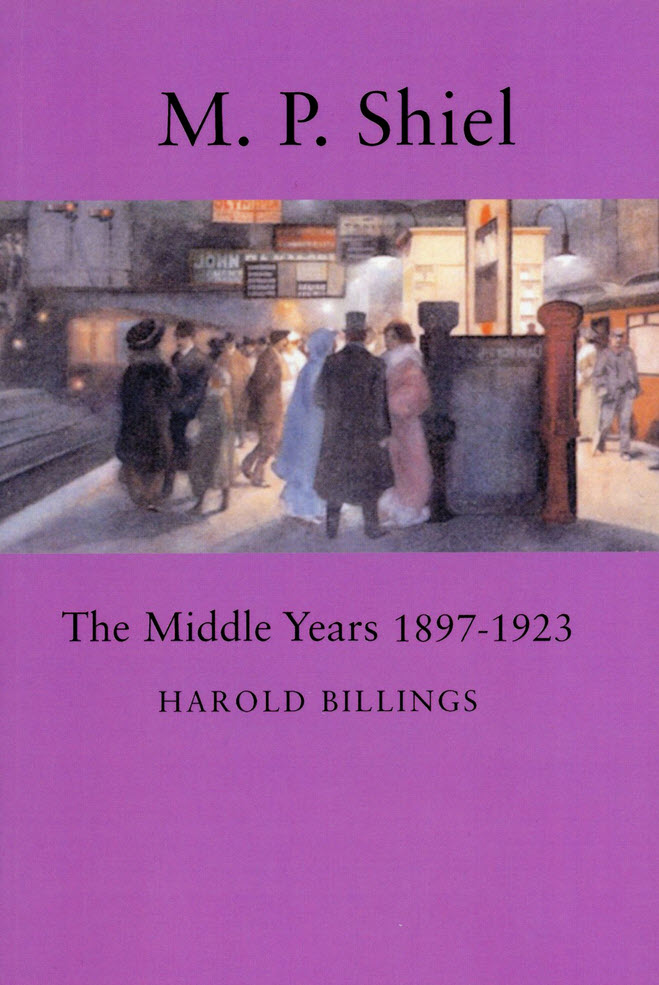 Biography of West Indian born British writer Matthew Phipps Shiel which focuses on his career as an author of serial fiction, supernatural short stories, and prophetic novels by which he is recalled today. Extensive transcriptions of previously unpublished letters and documents from family members, archives of his publishers, literary agents, and fellow authors provide the basis for a deeper look into this man whose publisher, Grant Richards, described as “extraordinarily clever and a little mad.”

While it is not, nor is it intended to be, a critical study, Billings’s multivolume biography is of great importance to anyone with an interest in Shiel since it is the first extensive attempt to document the author’s life … …Billings, former director of general libraries at the University of Texas at Austin, has over the past fifty years amassed the most extensive archive of Shiel material in existence at the university’s Harry Ransom Center. The biography forms the culmination of his engagement with this material and is organised into three volumes, of which The Middle Years is the second, with the final volume being in preparation. [Ailise Bulfin, M. P. Shiel: The First Biography, English Literature in Transition 1880-1920 (Vol. 54, Issue 3) 2011]