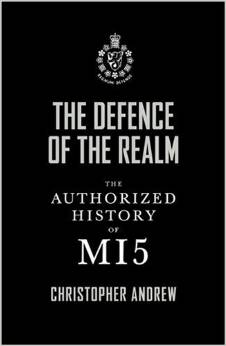 Christopher Andrew, (2009) The Defence of the Realm: The Authorized History of MI5. Allen Lane

Contains an extensive background to the founding of MI5 / SIS and the role of spy and invasion literature.

To mark the centenary of its foundation, the British Security Service, MI5, has opened its archives to an independent historian. The Defence of the Realm, the book which results, is an unprecedented publication. It reveals the precise role of the Service in twentieth-century British history, from its foundation by Captain Kell of the British Army in October 1909 to root out ‘the spies of the Kaiser’ up to its present role in countering Islamic terrorism.The Defence of the Realm describes the distinctive ethos of MI5, how the organization has been managed, its relationship with the government, where it has triumphed and where it has failed. In all of this, no restriction has been placed on the judgements made by the author.

The Defence of the Realm also casts new light on many events and periods in British history, showing for example that though well-placed sources MI5 was probably the pre-war department with the best understanding of Hitler’s objectives, and had a remarkable willingness to speak truth to power; how it was so astonishingly successful in turning German agents during the Second World War; and that it had much greater roles than has hitherto been realized during the end of the Empire and in responding to the recurrent fears of successive governments (both Conservative and Labour) and or Cold War Communist subversion. It has new information about the Profumo affair and its aftermath, about the ‘Magnificent Five’ and about a range of formerly unconfirmed Soviet contacts. It reveals that though MI5 had a file on Harold Wilson it did not plot against him, and it describes what really happened during the failed IRA attack in Gibraltar in March 1988. [Publisher’s Description]