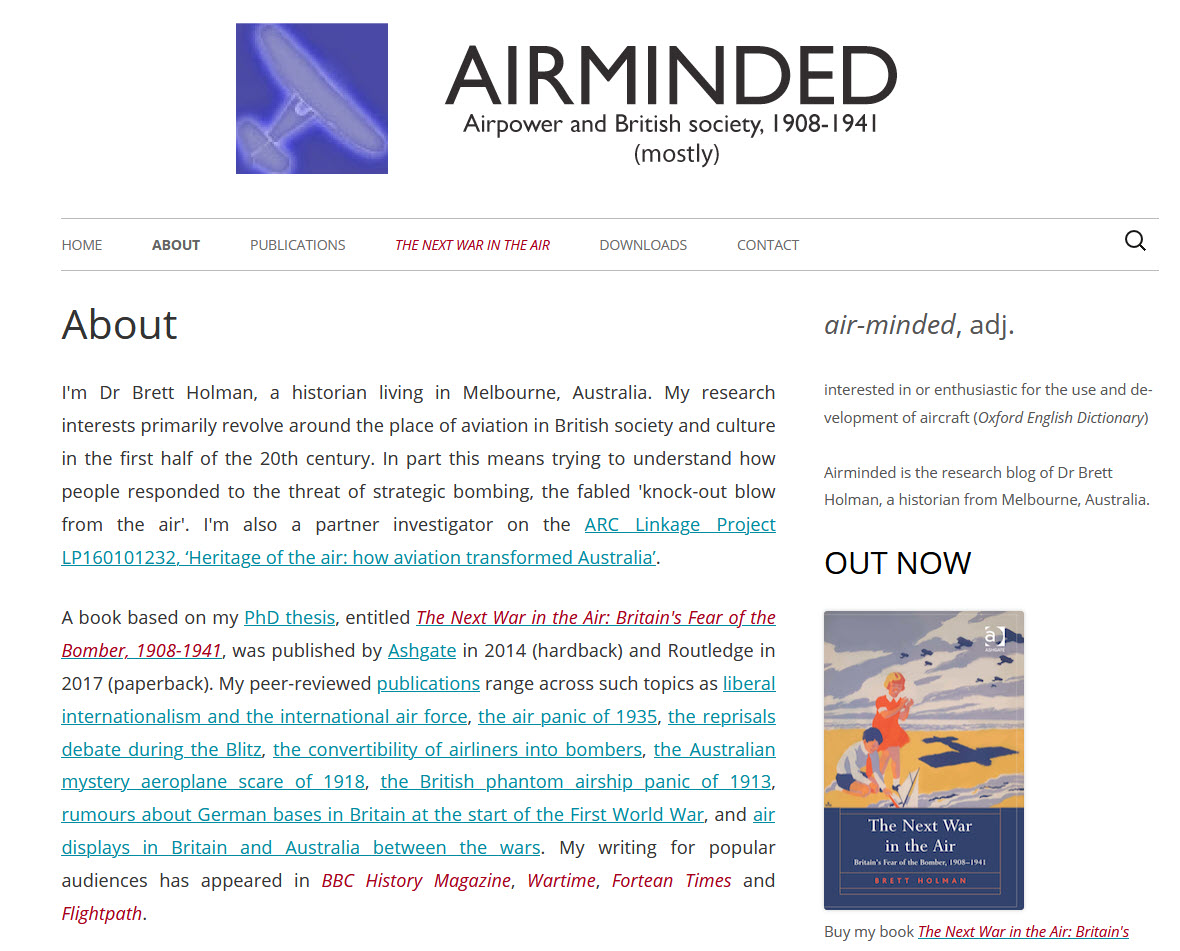 Brett Holman has a site, Airminded, dedicate to Airpower and British Society, 1908-1941

I’m Dr Brett Holman, a historian living in Melbourne, Australia. My research interests primarily revolve around the place of aviation in British society and culture in the first half of the 20th century. In part this means trying to understand how people responded to the threat of strategic bombing, the fabled ‘knock-out blow from the air’. I’m also a partner investigator on the ARC Linkage Project LP160101232, ‘Heritage of the air: how aviation transformed Australia’.

A book based on my PhD thesis, entitled The Next War in the Air: Britain’s Fear of the Bomber, 1908-1941, was published by Ashgate in 2014 (hardback) and Routledge in 2017 (paperback). My peer-reviewed publications range across such topics as liberal internationalism and the international air force, the air panic of 1935, the reprisals debate during the Blitz, the convertibility of airliners into bombers, the Australian mystery aeroplane scare of 1918, the British phantom airship panic of 1913, rumours about German bases in Britain at the start of the First World War, and air displays in Britain and Australia between the wars. My writing for popular audiences has appeared in BBC History Magazine, Wartime, Fortean Times and Flightpath.