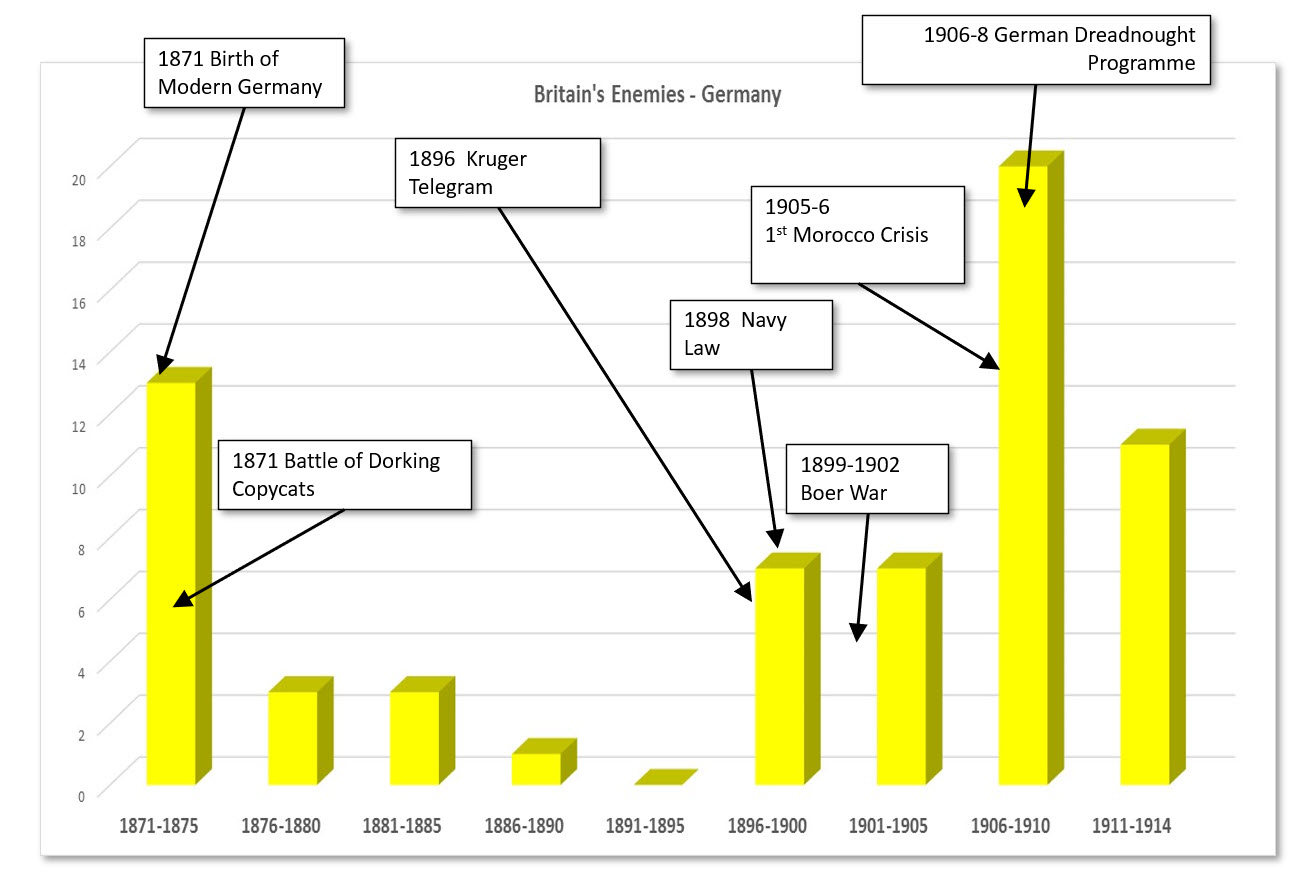 A paper prepared for the ‘War of the Worlds: Transnational Fears of Invasion and Conflict 1870-1933’ Conference, Lancaster, 7th September 2017

There has been considerable recent interest in Invasion Literature in both academic and popular studies. These do tend, however, to relate individual works or specific author’s output to contemporary diplomatic, military and political events and to popular fears. However, there has been little in the way of an overall quantitative assessment of the enemies and allies of Britain in the literature. This paper addresses this gap by presenting the author’s analysis of a database of works of Invasion Literature; it analyses the changing pattern over time of the combatants in the imagined battles. It also relates the changes to both external events and changes in popular opinion regarding the threats to Britain. The database contains some 190 works that may be loosely considered as falling within the Invasion Literature genre but this has been narrowed down to a selection of some 126 works for detailed analysis; the rejected works being those that can be characterised as fantasy stories, parodies, pure science fiction, utopian visions and tales of civil unrest not involving direct input from a foreign power. The resultant analysis is, as far as the author is aware, a unique contribution to the academic discussion of the genre.