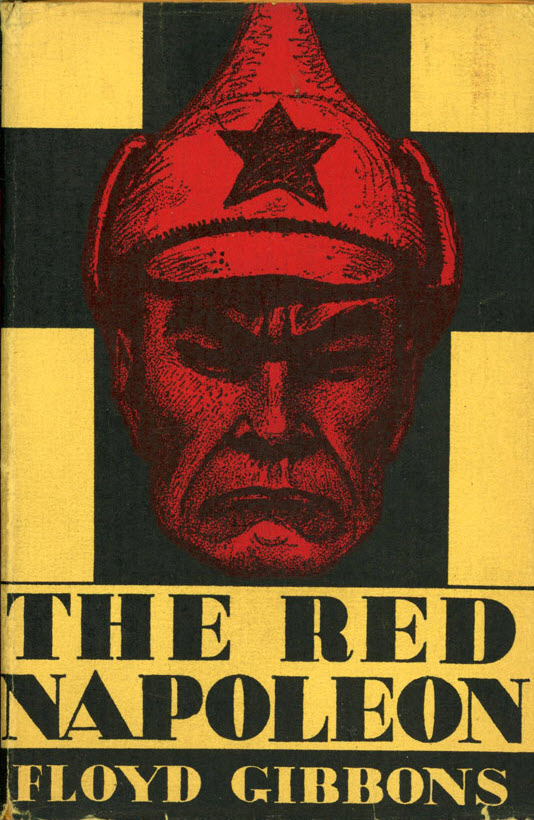 Outside the main scope of this website but an interesting novel from 1929 that shows that invasion literature continued into the inter-war years.

The Red Napoleon is a 1929 novel by Floyd Gibbons predicting a Soviet conquest of Europe and invasion of America. The novel contains strong racial overtones such as expressed fear of the yellow peril and of inter-racial breeding. However, the characters expressing these views are exposed in the text as being bigoted and ill-informed, as is one of the main U.S. character’s views of the Soviet Union’s free-love-but-with-male-accountability laws. The Red Napoleon was published in 1929 and projects the next few years. In it, Joseph Stalin is killed by an assassin in 1932. A Red Army leader takes over and starts a massive military buildup based on the immense human population of Asia. In 1933 the Red Army invades Poland. After conquering all of Europe later that same year, Red Napoleon’s massive multi-racial army attempts to invade the U.S. but is repelled through canny use of the U.S.’s comparatively slender military resources, including airfields in Cuba, at the time of writing under U.S. control, and through grit and determination. At the book’s end the narrator, a newspaperman like the author himself, interviews the imprisoned Red Napoleon, who defends his policy of non-racialism, of inter-mixing the races of the world, saying it must be the way of the future. [Wikipedia]