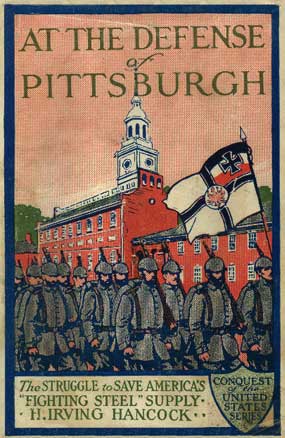 All set around 1920 and depicting the Invasion of the USA by a Germany which has already won the Great War in Europe.  [more at: http://www.sf-encyclopedia.com/entry/hancock_h_irving]

The Invasion of the United States – http://babel.hathitrust.org/cgi/pt?id=hvd.hn1qqk;view=thumb;seq=1

At the Defense of Pittsburgh – https://archive.org/details/atdefenseofpitts00hanc