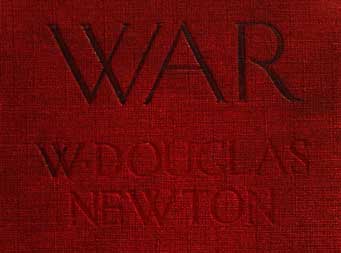 There is a good overview at Great War Fiction at: http://greatwarfiction.wordpress.com/2010/08/15/war-by-w-douglas-newton/

THIS book will be called sensational and disgusting. That is precisely what it is, because it is an account of the sensational and disgusting thing called War ; at least it is an account of a few such incidents as any single individual, with reasonable powers of activity and observation, might easily see and experience should his country be invaded by another of the same degree of civilization as his own. It does not pretend to give statistics of the general ruin and devastation which must fall upon such a country ; or of the death-roll ; or of the years of misery and poverty that must follow : it does not describe the purely internal horrors that would certainly take place in our larger towns ; it merely pictures the kind of thing which we should all witness, so long as we survived ourselves, in the familiar lanes and fields and villages of our deep country-side—in the lanes and villages, where the passing of one of our own good-tempered, well-behaved soldiers now causes something of a sensation.