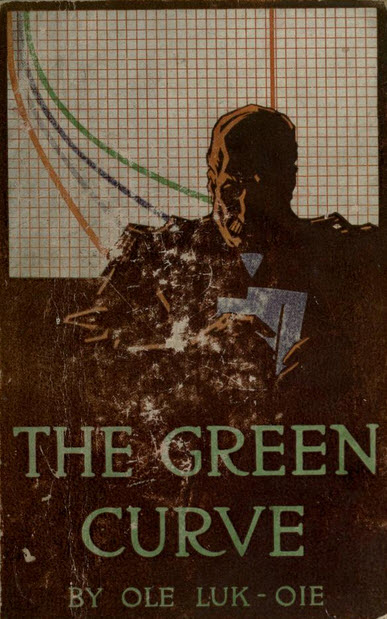 Major General Sir Ernest Dunlop Swinton, KBE, CB, DSO, RE (21 October 1868 – 15 January 1951) was a British Army officer who was active in the development and adoption of the tank during World War 1. He was also a war correspondent and author of several allegorical works of fiction on military themes, including a lastingly influential book on tactics and good practice. He is credited with having coined the word “tank” as a code-name for the first tracked, armoured fighting vehicles. [Wilipedia]

All the stories in his 1909 collection The Green Curve are worth reading, but a really remarkable one is ‘The Point of View’, which prefigures many of the themes that would dominate fiction about the War. [From a review of one of the stories – A Point of View – at: http://greatwarfiction.wordpress.com/2010/06/15/swintons-the-point-of-view/]

Swinton is discussed at length in Charles Gannon’s (2003) Rumors of War and Infernal Machines (pp.65-80)

Swinton was heavily involved in the concept of the tank and tank warfare. A factual article appeared in the Strand in 1917: https://archive.org/stream/TheStrandMagazineAnIllustratedMonthly/TheStrandMagazine1917bVol.LivJul-dec#page/n285/mode/2up