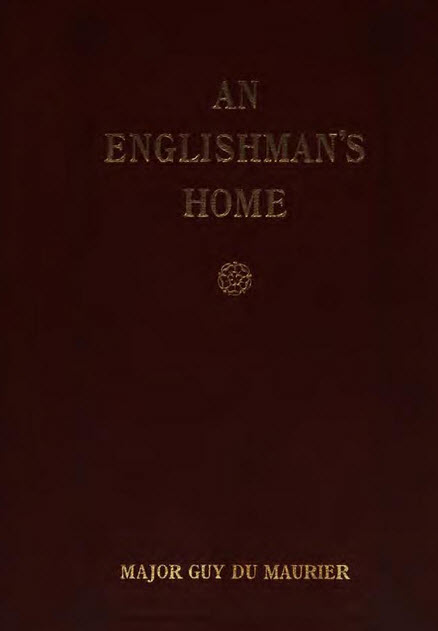 ‘An Englishman’s Home’ caused a sensation in London when it appeared anonymously, under the name “A Patriot”, in 1909. It first played at Wyndham’s Theatre on 27 January and went on to be a long-running success. It is now considered a significant example of the invasion literature popular at the time. The play was produced by Guy’s brother Gerald du Maurier, possibly without his knowledge and with some assistance from J. M. Barrie. The story concerns an attack on England by an unnamed foreign power, generally assumed to represent Germany. The home of an ordinary middle-class family is besieged by soldiers, and the play climaxes with the father shooting an enemy officer and subsequently being executed. The play stressed Britain’s unpreparedness for attack, and has been credited with boosting recruitment to the Territorial Army in the years immediately before World War I. [Wikipedia]

There is background on its influence on recruiting for the Territorials at: http://25thlondon.wordpress.com/2013/08/11/an-englishmans-home-a-play-by-major-guy-du-maurier/

See also: A Nation in Arms