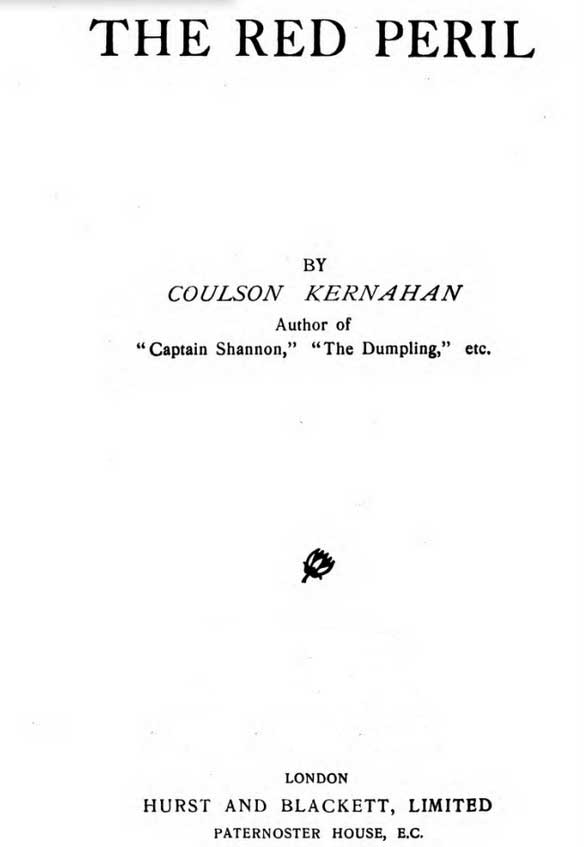 A planned German invasion of Britain.

The Emperor smiled. ” Why don’t you warn the English Government,” he said, that in view of the certainty of the introduction of the airship within the next few years, England would do well to prepare for foreign invasion by raising an army on the same scale as the armies of other great Powers, and by the only system that she can possibly hope to do so —I mean, of course, by conscription? It is the only method. No Continental Power of any importance could hope to exist without conscription. The coming of the airship will place England very much in the same position and very nearly as open to invasion as the rest of the Continent—excepting, of course, for the fact that she alone will have no army, that is proportionate to her position, with which to defend herself. I repeat that there is only one way of raising such an army—conscription. Meanwhile, and until the invasion of England is an accomplished fact, she will go on living in her fool’s paradise. It will be too late then, hurry as she may, to raise some sort of scratch army. Armies are not pats of butter to be turned out in five minutes. They want years of training and drilling and organizing, if they are to be any use.