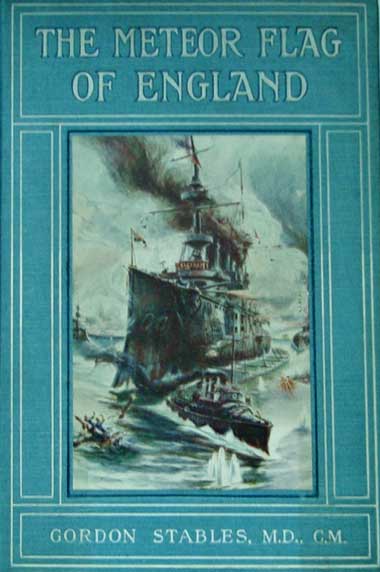 William Gordon Stables (1905) The Meteor Flag of England: The Story of a Coming Conflict, J. Nisbet

Set in the distant Near Future, a 1980 world where dreadnoughts can attain a speed of 300 knots, and where which Britain must defend herself against Invasions from both Russia and Germany [SFE]

“A rousing tale of war. England, some eighty years hence [c1980], has to fight a combination of powers on sea and land. How she meets her foes and overcomes them is told in Dr. Stables’ well-known vigorous style.”