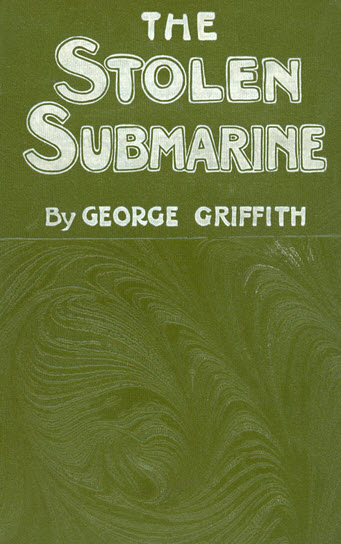 Griffith, G. (1904) The Stolen Submarine  – serialised in 1904 in Dundee Evening Telegraph. [Other sydications to be checked]

Published in book form as The Stolen Submarine: A Tale of the Russo-Japanese War by by F. V. White & Co., Ltd. in London.

An advanced French super-submarine is stolen and sold to Russia.

THE SERIAL STORY FOR THE TIME !

A COLOSSAL BOOM BY AN EMINENT NOVELIST.

This novel. which been running as a serial in a great London Daily is creating an extraordinary interest amongst all classes of the community in the Old Country, every instalment being eagerly devoured and excitedly discussed in a manner recalling the sensational successes of Mr. Wilkie Collins and the earlier times of Charles Dickens.