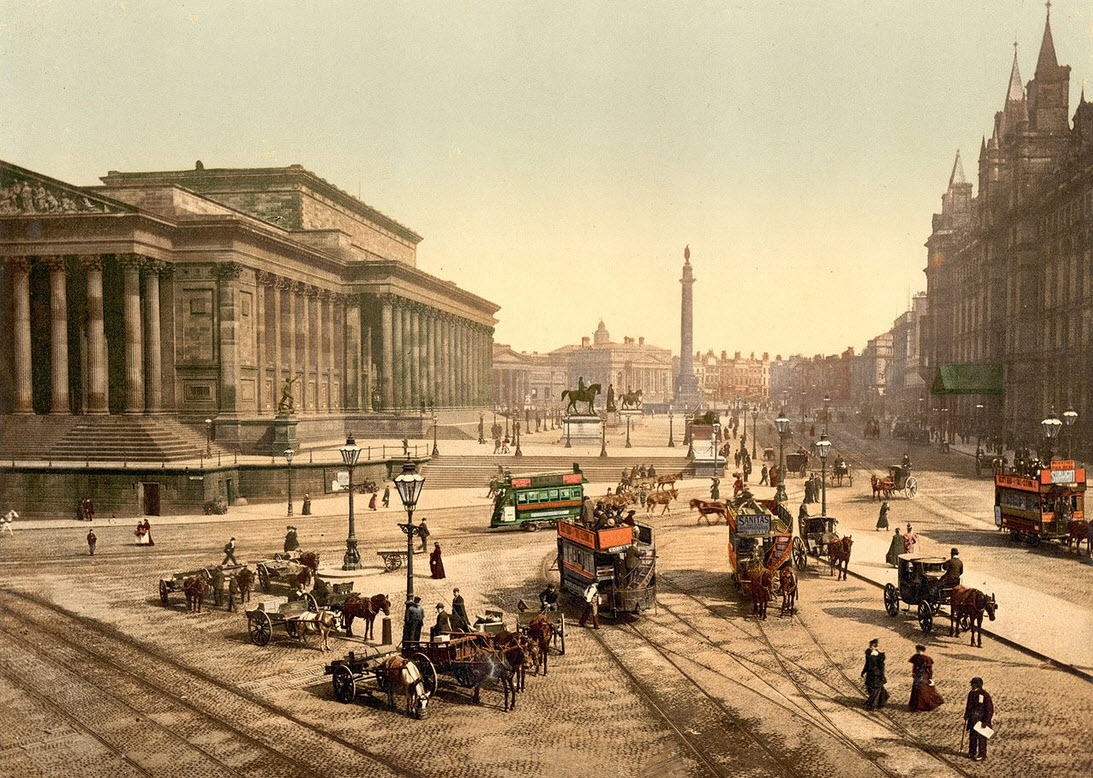 The stratagems of the enemy varied according to the knowledge and intentions of the authors of these tales of imaginary warfare. One device much used by popular writers of the period was to describe a treacherous attack by a Fifth Column of alien workers. In The Invaders, written by the journalist Louis Tracy in 1901, disguised French and German troops pour from their hiding places to seize Liverpool, Birmingham and Derby. [I.F. Clarke – The Shape of Wars to Come, History Today, Volume: 15 Issue: 2 1965].

This storyline also occurs in Walter Wood’s The Enemy in Our Midst.

‘All I know is, that at six o’clock I was walking home from my office when, as I passed the telegraph office, a large number of men suddenly rushed into it. I heard shots within and shrieks. The police came. A crowd gathered. Mounted men, in khaki uniforms, but speaking German or French, seemed to drop from the sky and cut down or shoot every policeman or other person in their way. At the same moment I heard the booming of cannon in the river. I was carried away by the crowd into South John Street, and managed, half-fainting, to reach this hotel. My friend here’, for Mr. Colt had risen whilst he spoke, and now indicated a gentleman in the group near him, ‘tells me that he actually saw thousands of men surrounding the Servia and other transport vessels in the docks and shooting soldiers and crew indiscriminately. I myself, in Lord Street, witnessed the cold-blooded butchery of a small detachment of the Army Service Corps which was escorting, unarmed, some commissariat waggons to the docks.’

‘Yes,’ broke in the man he had alluded to. ‘I was coming up town by the Overhead Railway, and exactly at six o’clock I saw a large number of men, all wearing long overcoats, rush up the gangways of the Servia, which is berthed in the Clarence Dock, and begin shooting, apparently with Mauser pistols. The train passed Prince’s Dock, and the same bloody work was evidently in progress on board other ships, but at Pierhead Station the train was unable to proceed further in safety. I passed through Water Street and Dale Street, in which there were scores of corpses—nearly all men in uniform, police, soldiers, and sailors—and only reached here five minutes before you.’

In a word, Major Forster,’ said Mr. Colt, ‘Liverpool has been attacked and taken by an unknown enemy.’

Before the officer could utter a word of amazement or further inquiry, his trained ear caught the sound of passing cavalry and guns. Followed by the others, he ran rapidly into the hall-porter’s office, from which the most immediate view of the street could be obtained. For an instant he could not believe his eyes. Riding at a walking-pace up Ranelagh Street, and passing towards Mount Pleasant to the left of the hotel, came a military parade of mounted men, escorting guns and waggons, not in much order, but alert and business-like, seemingly pressing forward to some definite goal.

The light of the street lamps revealed to him British horses and arms, British cannon and ammunition carts, portions of a howitzer battery, British commissariat carts, Army Hospital waggons—all the paraphernalia of war, and all unmistakably belonging to his own service. But the officers and men! They were clothed in khaki, but not of British cut. They were quite as unmistakably foreigners, trained soldiers, selected, according to his hasty judgment, for physique and intelligence. As he looked, spellbound and doubting his own senses, he thought he recognized some of the men in a troop of cavalry. He was not mistaken. They had been among his fellow-passengers from London, and one of them saw him. The light shone fair on both, and recognition was mutual. The man drew a revolver.