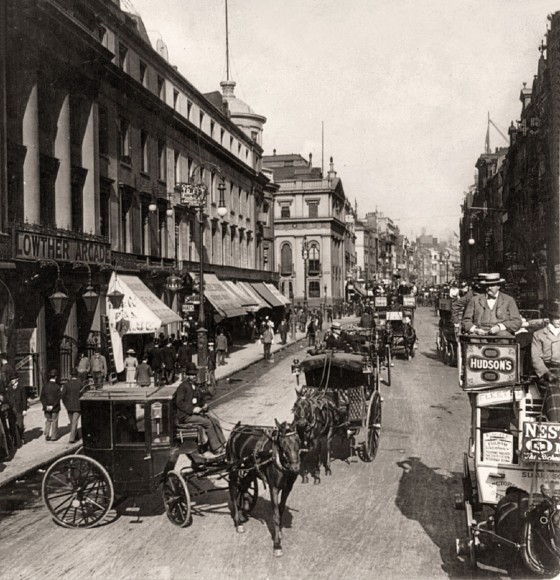 In fact, one strain of the genre—the blockade narrative (of which The Sack of London is a sample) – is specifically tailored to address concerns over the potential consequences of the fact that the workshop of the world did not produce sufficient quantities of its own food. [Matin, A. Michael (1999) “The Hun Is at the Gate!”: Historicizing Kipling’s Militaristic Rhetoric, from the Imperial Periphery to the National Center, Studies in the Novel, Winter 1999]

Until the early years of the twentieth century, British writers generally selected France as the principal enemy; and most of the writers agreed with the author of The Sack of London in the Great French War of 1901 that French hostility was a matter of pure envy: “envy of England’s great Empire, envy at her freedom, envy at the stability of her Government, of her settled monarchy, and of her beloved Queen.” [I.F. Clarke (1965) “The Shape of Wars to Come”, History Today, Vol. 15, Issue 2]