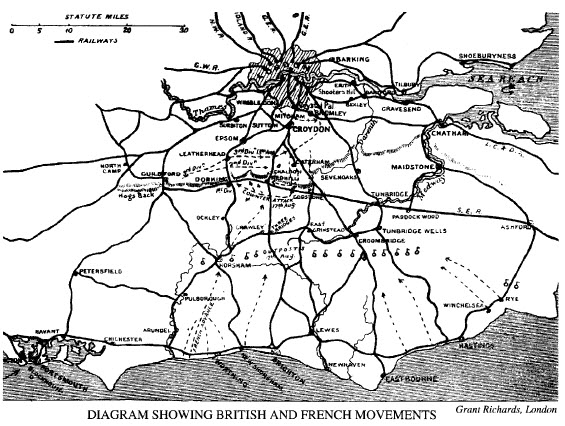 In 1900… Colonel Maude described the initial success of a French invasion in The new Battle of Dorking. He planned his imaginary war on the fact that, “there are three months in every year—July, August, September—during which the French Army is fit for immediate warfare. And every year during these months there is a constantly recurrent probability of a surprise raid on London by the 120,000 men whom they could without difficulty put on board ship, land in England, and march to within a dozen miles of London in less than three days from the receipt of the order to move.” [I.F. Clarke (1965) The Shape of Wars to Come, History Today Vol. 15 Issue 2]