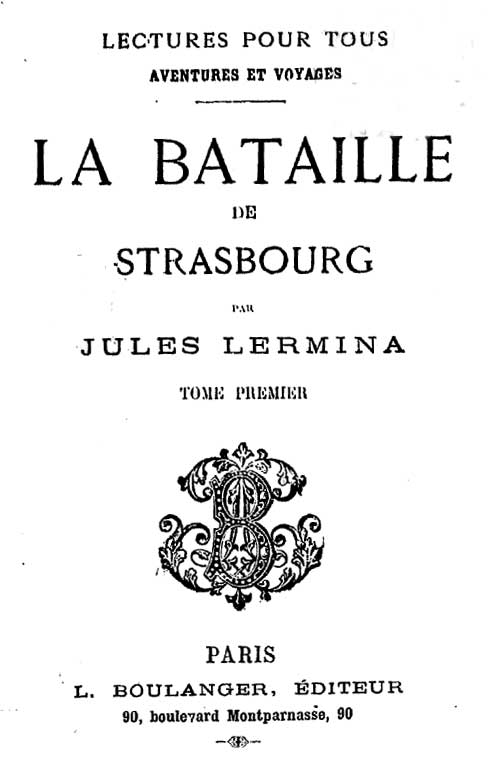 An early novel on the theme of the “yellow peril”.

Set in the 1920s, though written in the 1890s, Jules Lermina’s The Battle of Strasbourg is credited by historians of futuristic fiction with launching the literary genre known as “yellow peril” fiction. It is also one of the first “immersive fantasies” to be completely set in the future and the earliest to do so straightforwardly. From Paris to Peking, from Persia to St. Petersburg, the Chinese armies are marching toward Europe, moved by their deep resentment against the West. The Battle of Strasbourg is one of the first future war stories to use the notion that a worldwide military conflict was not only feasible, thanks to the development of an embryonic global civilization, but inevitable as a natural repercussion of the West’s concerted policies of colonization and imperialism. [Publisher’s Description for English translation by Brian Stableford]