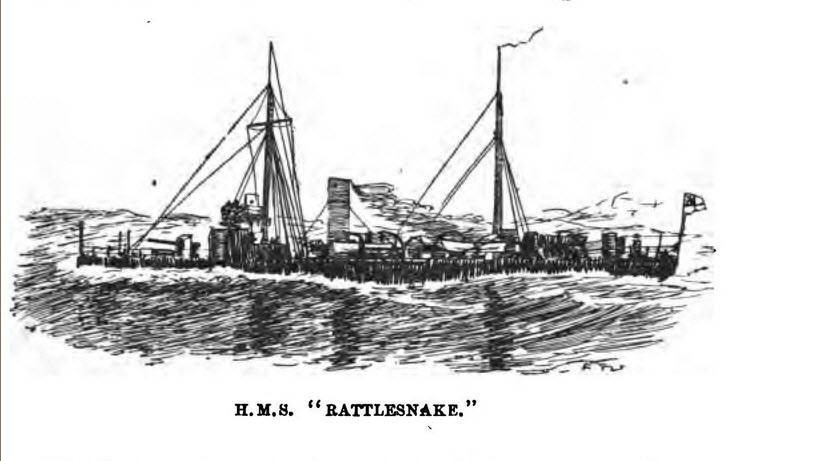 I have not sought or attempted in this story to settle any vexed questions of theories or tactics; such matters are no concern of mine. I have tried instead to work into story-form some of the romance that clings thick around the torpedo service, to set forth some of the poetry latent in torpedo oraft. Any other aims I may have had in view are, I trust, sufficiently obvious in the text to need no mention here.

It has been my good fortune to have had a good share of experience in torpedo craft during the naval manoeuvres of the last few years, and on incidents thus participated in I have based this tale. Manoeuvres, of course, are not war; but, in the torpedo service at any rate, they are carried out with as much approximation to the actual thing as can be managed. For the rest, I have sought to work out my results from what is held by those who, in the event of war, will have to stake their lives upon their beliefs. I have endeavoured, as far as may be, to avoid anything savouring of the improbable, while giving as much allowance as possible to that ever-present element in torpedo work — Luck. This, ever a feature in warfare, increases as the years go on, and as scientific devices multiply, however non-existent it may theoretically be.

I am indebted to very many naval friends for suggestions that have materially aided the development of this tale; so many, indeed, that space will not permit of individual recognition. The trouble they have taken will, I trust, not be thrown away, and I venture to hope that this attempt to depict modern warfare from the Service point of view will convince the present and the rising generation that scientific advance has not yet eliminated the romance that, let peace-faddists say what they will, clings, and ever has clung around war ; and that man — the vir — is not yet supplanted by man — the homo.

I dimly feel that I owe my readers some sort of apology for not having prated on the need of Admiralty reform. It is the fashion to abuse that body, to imply that they are a set of muddle-headed boobies, and all the rest of it. In a sense they may be, in that they calmly submit to all this interference from self-appointed critics. Personally, I feel that were the energy thus wasted expended in agitation to give the Admiralty powers to act unfettered by the “six hundred talking asses ” at Westminster ; in transferring to the Navy some of the money frittered away on our, comparatively speaking, useless army ; in attempts to nullify the invertebrate knaves of ” Little Englanders ” who, whenever Imperial questions come up for discussion, do their evil best to prove that modern England can and does produce specimens of humanity that are a disgrace to the name of Briton ;— were it thus expended, we should be in far less danger of going to leeward. However, the chiefest glory of a democracy, under such as we now live, is the privilege of every fool to teach other men their business. Two thousand years and more ago, the Athenian empire found this sort of thing disastrous; the day may come when we shall learn so too.

I would say one final word to those who object to these “future war yarns,” on the grounds that they are likely to set other nations, at present friendly to us, by the ears. Foreign writers are frequently turning out similar stories, describing the utter destruction of the British Navy by their own; yet I never heard of any of us bearing them ill-will for it. May our Warfare of the Future long be confined to the pages of books; as, indeed, it will be, so long as foreign nations know that we are ready to tackle the lot of them if need be.