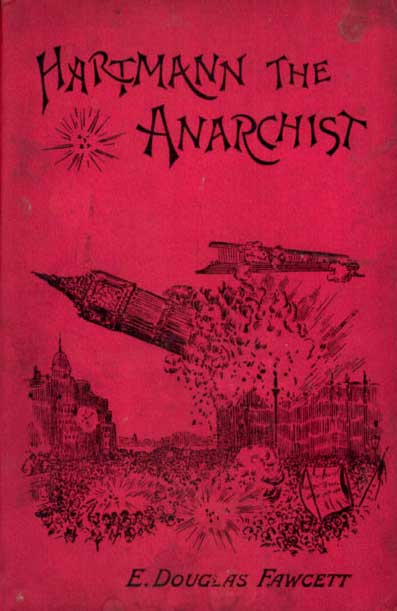 The plot centers around Mr Stanley, a young moneyed gentleman who aims to stand for election as part of the Labour party in the early 20th century. Through his associations with many of London’s most prominent socialists and anarchists, he encounters and befriends Rudolph Hartmann and ‘goes along’ with Hartmann’s plan to attack London using his airship The Attila. [Wikipedia]

Hartmann the Anarchist, originally published in 1892, was written by Edward Douglas Fawcett when he was 17 years old. After being out of print for 100 years, it was republished in 2010. Rudolph Hartmann is an anarchist who is presumed dead after a botched attack on the Westminster Bridge. In this book, the plot centers around Mr. Stanley, a local socialist politician who, through associations with many of London’s most prominent socialists and anarchists, learns that Hartmann is still alive and ends up riding with Hartmann’s crew on the Attila as they plan to attack civilization. [Airships, Anarchists & Anachronisms]