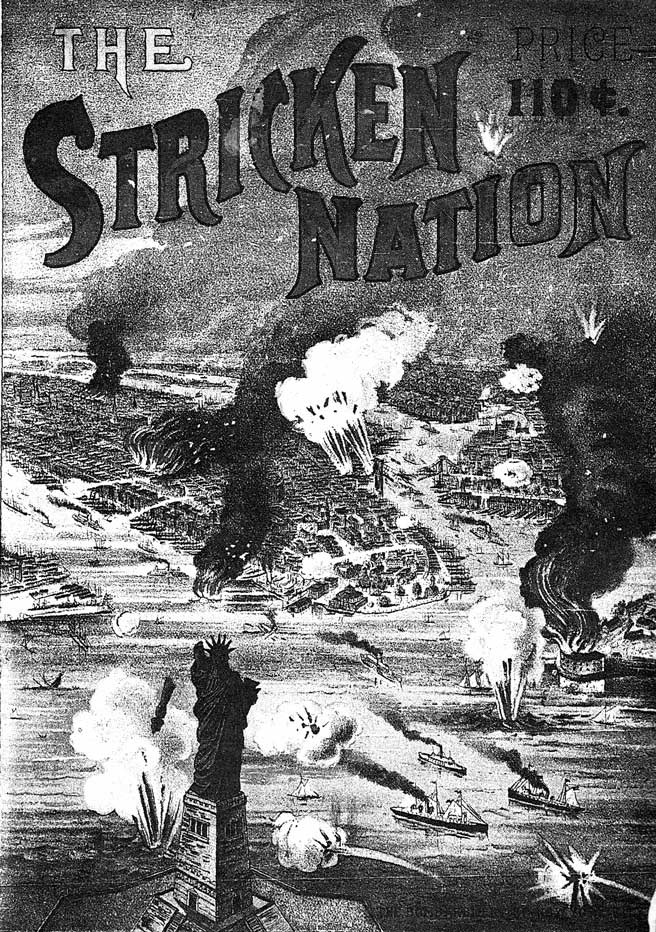 Although written and published in the USA this book is included to show the opposite scenrio to most included on this site: in this case the British attack the USA.

Despite Clarke’s assertion that after the 1880s ‘the United States did not have any major external enemy to serve as the focus for future war l” there do appear to be certain repeated enemies, such as the stories’, British. Americans war against the UK in Samuel Rockwell Reed’s The war of 1886, between the United States and Great Britain (1882), Samuel Barton’s The Battle of the Swash; and The Capture of Canada ( 1888) and Henry Grattan Donnelly’s The Stricken Nation (1890; written using the pseudonym ‘Stochastic’). Fitting the future-war model established by ‘The Battle of Dorking’, in Stricken Nation the British enemy brings the USA’s inadequate defences along the Great Lakes into relief for the American reader. Donnelly does not challenge America and England’s shared membership of ‘the Anglo-Saxon race’ in his novel, but their ethnic rivalry appears intractable: the English cannot suppress their ‘traditional envy and hatred’20 towards the United States. [Paul Williams (2011) Race, Ethnicity and Nuclear War: Representations of Nuclear Weapons and Post-Apocalyptic Worlds, p.30]