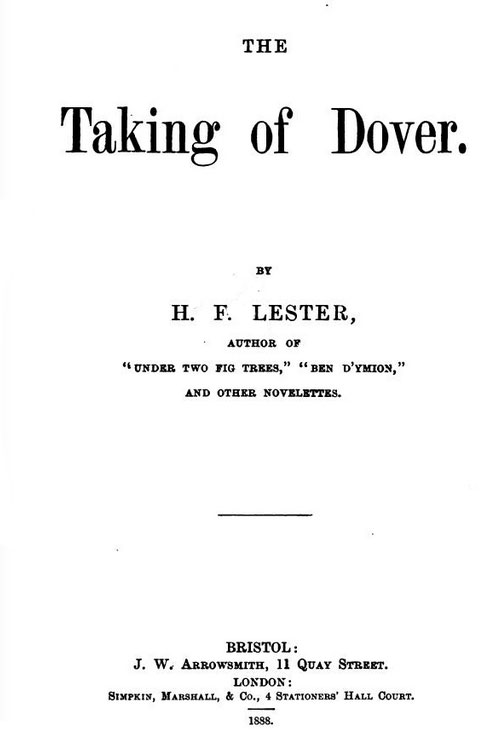 Russia and France defeat Germany and then staging a fake falling out to lull Britain into complacency they invade England.

“The thing Governments most think about is, how to cut down the expenditure, which is the greatest blunder that can be made in the interests Of the country. It is simply the question of the existence Of the Empire, or the non-existence of it.”  –  The Duke Of Cambridge, Commander-in-Chief.

“In times like the present, it behoves the people of England to know the whole truth in regard to their army and navy. All the great nations of Europe are armed to the teeth. On all sides the horizon foretells storms. That being so, we have continually to ask ourselves, ‘Is the army as strong as it ought to be ?’ Few Of those who know the facts will maintain that it is so.” – Lord Wolseley.

“In the ports of France at this moment, and every day of the year, there is enough shipping to carry over 100,000 men to England without any preparation at all.” – Lord Wolseley.

You would be astonished if you read the English newspapers of that day, as Mirakoff and I did, line by line, to view the incredible complacence of this nation under the danger which was gathering round it. You know the Latin proverb— “Quem Deus vult perdere, prius dementat.” The same is true of peoples, my son. It was considered what the English call “alarmist” to be nervous of French troops in the vicinity of Belgium.