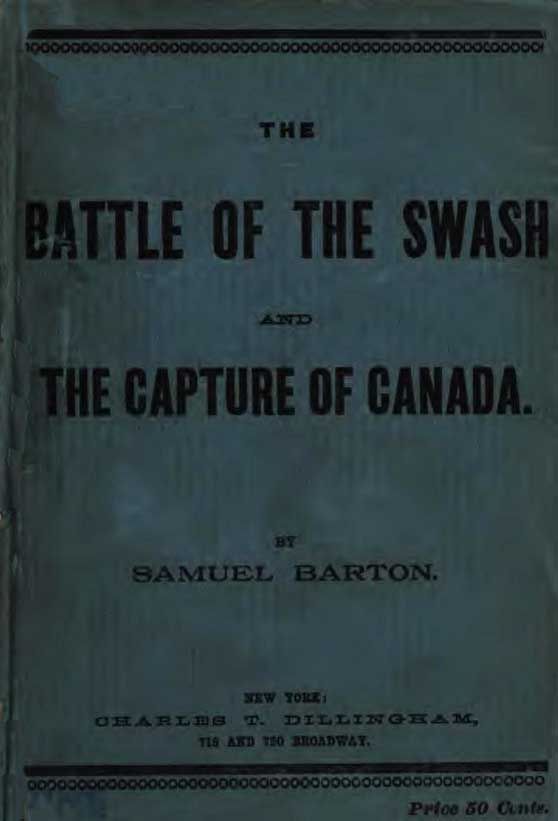 One of the first novels in the ‘future war’ genre, The Battle of the Swash focuses on what was known in the 1880s as the ‘Canadian Problem’. This was primarily a mercantile dispute deriving from Canada’s high tariffs on American goods. The Battle of the Swash is the response of a wealthy American businessman, angry at what he saw as Britain’s subversion of the free market. Though set in 1890, the story is narrated – by one Samuel Barton – in an imagined 1930. The detail of the horrors as the British navy is able to dominate the Atlantic seaboard, and finally to destroy New York City, is one of the strengths of the novel and makes good use of Barton’s familiarity with the sea. Though overlooked by modern scholars, The Battle of the Swash is an intelligent and perceptive tale and the first of its kind to recognize economic growth as a motivation for conflict.  [Pickering Chatto Publishers]

THE only apology which I offer for this authentic account of an event which (having occurred more than forty years ago), can scarcely be supposed to possess much interest for the reader of to-day, is, that having been a participant in the battle myself, I feel a sort of pride in having an accurate and complete account of it handed down to posterity.

In my humble judgment no such account has ever yet appeared ; and although I am but indifferently equipped for the task—having dabbled but slightly in literature, during my busy life of three score and ten, yet I trust that my earnest desire to relate the facts just as they occurred—and which I propose to do, without fear or favor—will atone for any shortcomings from a purely literary point of view. Although I have said that no accurate and complete narrative of this occurrence has ever been published, the reader must not therefore assume that there exist no published accounts of it whatever. On the contrary, it has been described more or less at length, by so many different writers, both in transitory and permanent form, that my chief embarrassment arises rather from a superabundance than from a paucity of materials.