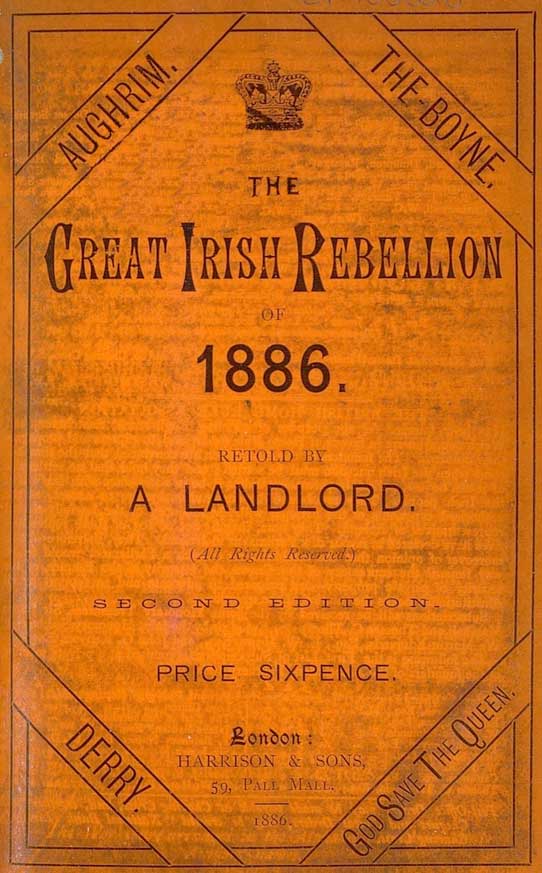 It is hardly surprising, then, that writers of the 1880s, fired by the growing nationalist sensibility, tried to anticipate the possible results of a breakaway from the United Kingdom. The twenty years before the reform of local government (1898) which gave Irish Catholics positions of power in the newly established county councils (the franchise in the British state had been extended gradually between 1832 and 1918) saw a real explosion of utopian novels projecting a different future under a national Irish government. Many of them were published anonymously, such as Irelands War! Parnell Victorious (1882), which advocates the policy of Home Rule party leader Charles Stewart Parnell (1846-1891), or In the Year One (A.D. 1888) of Home Rule (1886), which, drawing on the controversial Home Rule Bill of 1886, gives a fictitious account of future West Ireland under the new government. Other writings dealing with a similar theme include the anonymous The Battle of Moy or How Ireland Gained Her Independence 1892-1894 (1883) [and] The Great Irish Rebellion of 1886, Retold by a Landlord (1886)…..  [Ralph Pordzik, (2003) ,”Thinking about the Future”: Ireland and the Irish Conflict in Irish Utopian Literature Since the Nineteenth Century, Ariel, 33:1, pp. 127-48]