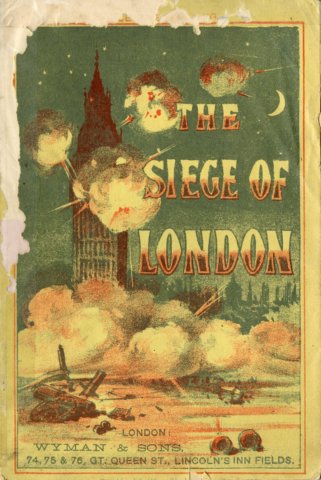 It is not our purpose here to enter fully into the series of extraordinary events which led up to the gigantic disaster, whereby the English nation was crushed into the dust, and the power and might of England all but utterly destroyed. A brief recapitulation is, however, necessary, In order that the reader may be able to fully comprehend the nature of the stupendous changes that were wrought in an astonishingly brief period. The events with which we have to deal lie too near our own time for one to write dispassionately or altogether impartially. We shall, nevertheless, endeavour to confine ourselves to truthfully recording the circumstances, and to disassociate that record from any display of bias.

As is well known, the Conservatives had been swept from power by an outburst of popular feeling, due, in a very large measure, to the fervid declamation of the Opposition leader, Mr. Gladstone, during his Midlothian campaign – a campaign that is now historically known as “a Pilgrimage of Passion.” The marvellous powers of oratory possessed by Mr. Gladstone had often been used with telling effect against his opponents; but he excelled himself on this occasion, with the result that, utterly indifferent to the logic of facts and blind to sophistry, the country went with him, and he was returned to power with a large majority.