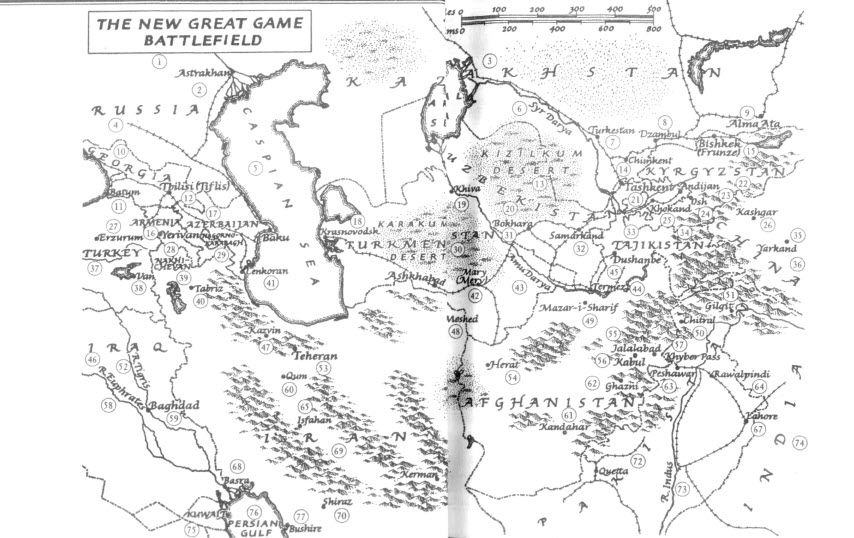 A. Dekhnewallah (1879) The Great Russian Invasion of India – A sequel to the Afghanistan campaign of 1878-9

In 1879, a certain A. Dekhnewallah published a pamphlet, The Great Russian Invasion of India, which described a future war between the two empires. Advancing through Afghanistan, Russian troops occupy the Punjab and Central provinces. Their attack is well prepared by the numerous spies who provoke mutiny among lower castes. British India is saved by an artillery officer, “a quiet man with large dreamy eyes,” who withdraws the troops to Kashmir and organizes cunning attacks on the invaders. Finally, the British send navy expeditions into the Black Sea and the Baltic, forcing the Russians to purchase peace at the expense of giving up Afghanistan and Persia.  [Alexander Etkind (2011) Internal Colonization: Russia’s Imperial Experience, p.35]

The 1879 narrative The Great Russian Invasion of India—which, published during the Second Anglo-Afghan War, is addressed to a home readership who are accused of “indulging in complacent dreams of the invincibility of British arms in Asia” —depicts such circumstances as well, but with graver consequences. Written by a Lahore-based author (almost certainly a British Army officer) who published under the pseudonym “A. Dekhnewallah,” the tale is primarily occupied with detailing a military conflict of precisely the sort that is narrowly averted in Kim. In The Great Russian Invasion of India, as is the case in Kim, the British government has ignored repeated warnings of malevolent Russian intentions: “The authorities were warned over and over again that attacks would be made on cantonments, and that large numbers of men who had been serving in the Russian army had come back to the country. However, they did not altogether believe these reports, and did not like to show any signs of timidity in view of the disturbed state of the country; and therefore they did nothing towards putting the barracks into a state of defence.” (P. 23)