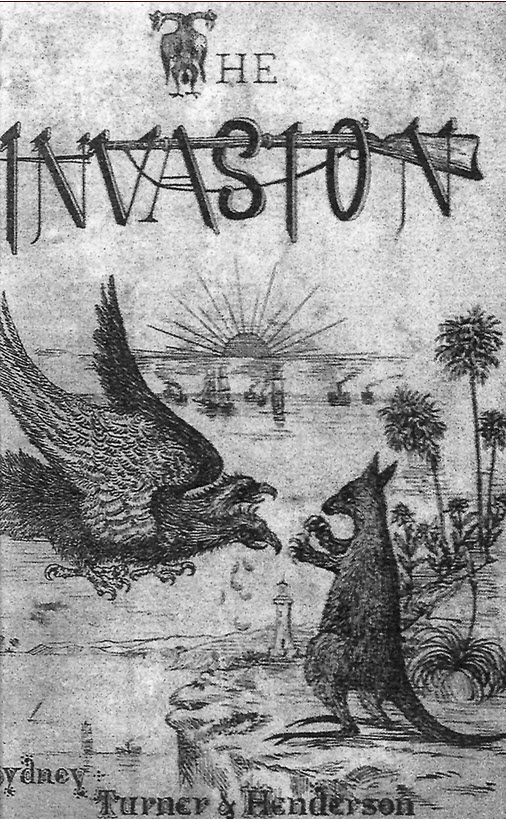 An account of an imaginary invasion of Australia by a Russian fleet.

WE had lived such a hum-drum life at Parkestown for long, that when on the morning of the 18th May, 187—, the Herald was not delivered as usual, I almost felt as if the Solar System had gone out of gear. Reflection showed me that the irregularity might be accounted for by some minor cause, but when ten o’clock came, and brought, instead of the paper, an appalling rumour, through our butter and pumpkin merchant, I thought that I might as well walk across the paddock and see my neighbour Smith. Living a mile from the main road, and a long way from town, the news that reached us through such irregular channels was generally wholly unreliable, and this might be only one of the hundred false alarms that had startled Sydney for a year past. Still I detected, or fancied I detected, a colour of fact in this, that distinguished it from other reports that had reached us before, and the non-arrival of the paper might, after all, augur some event of importance.