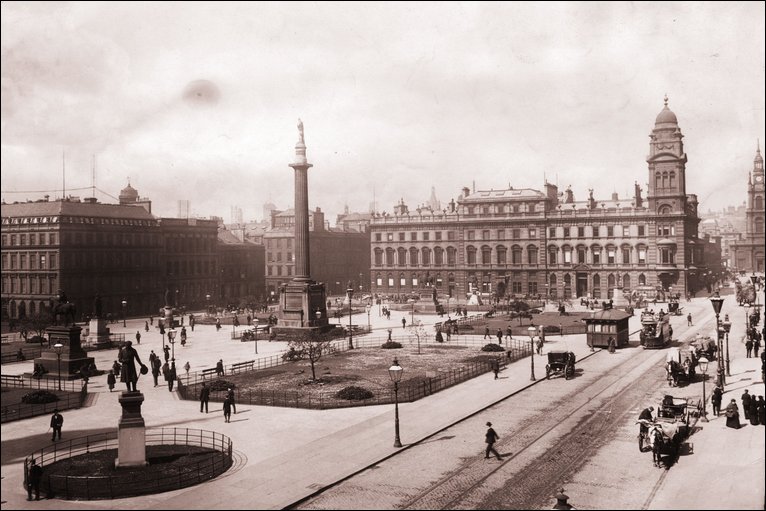 Anonymous (1876) The Invasion of 1883. A Chapter from the Book of Fate, Glasgow, James Maclehose.

INVASION OF SCOTLAND BY THE GERMANS.

The Invasion of 1883, a Chapter from the Book of Fate,” is the title of a little pamphlet published by Mr James MacLehose, of this city. It is one of the numerous brood of the famous “Battle of Dorking,” which in its time set the whole country a-cackling. The Glasgow chicken is not, however, altogether unworthy of its game-cockish paternity; for although it has chipped the shell at a pretty late date, it is early enough to crow a warning to those whose duty it is to see that the country is put in a thoroughly efficient state of defence against any possible invasion from our present friends on the Continent. The political Maelstrom is pretty active just now; and many shrewd people imagine that its revolving coils are insensibly widening, and that not Improbably at no late date they will swoop into their ghastly current the leading nations of Europe. “Even our own country may be unable to keep out of the whirl. In fact, the author, having looked into the seeds of time, and leapt the years to come, so as be able to plant himself beyond the future, and look back upon what has not occurred in fact, but has only been acted in the prophetic imagination, narrates the German invasion which made 1883 memorable in the annals of Scotland.